Mind-controlled bionic limbs and tongues that hear – our bodies, reinvented

In the past twenty years, biotechnology and prosthetics have become the fastest-growing area of scientific research, with new devices going into clinical trials at a breakneck pace. We’re seeing incredible developments, from mind-controlled prosthetic limbs that help amputees live full lives again to oral devices that help the deaf hear and the blind see.

Sensing Modular Prosthetic Limbs that can be controlled by the mind

The technology behind sensing prosthetic limbs is well on its way to offering genuine limb replacement. Since 2006, the Johns Hopkins University Lab has been awarded $120 million from a program run by the Pentagon’s DARPA Agency to help injured soldiers. Since then, engineers at the University Lab, in collaboration with technology developer HDT Global, have developed a next-generation Modular Prosthetic Limb. This bionic limb mimics the human arm in strength and dexterity: a mind-controlled, sensing robotic arm with 26 joints and more than 100 sensors.

The bionic arm could help amputees like 59-year old Les Baugh. He lost both his arms after an accident when he was a teenager. During a recent surgical procedure, the remaining nerves from his missing arms were remapped, enabling his brain to transmit signals and move the modular prosthetic limbs. In order for the amputee to fully benefit from a bionic limb, however, the prosthetic needs to be able to hold a glass of water firmly enough so that it doesn’t fall, yet gently enough that it doesn’t break. To achieve this, the limb needs to sense how much pressure is applied. The only way the limb is able to interpret how much is too little or too much is by relaying this information to the human brain that can judge the strength of an object. Over time, as his nerves grew deeper, Mr. Baugh’s, as well as other amputees who underwent the same surgical procedure, was able to feel some sensation and texture through the MPL.

The modular prosthetic limbs can be customised in order to be used by people with varying needs – from someone missing an entire arm to a hand amputee. People who have had a stroke or those who are quadriplegic and have lost movement in parts or all of their bodies are able to use this surrogate limb. Although the limb is fully functional, it still needs FDA approval and a considerable decrease in costs in order for it to become available commercially. 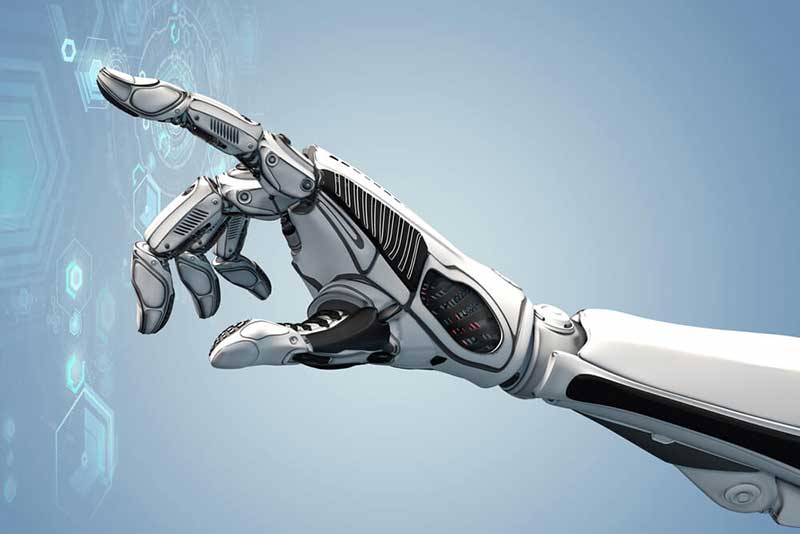 Jason Barnes started playing drums when he was fifteen. He dreamed of one day becoming a professional musician. In 2012 however, after being electrocuted while cleaning a vent hood at a restaurant where he worked, he lost half of his arm. Barnes, determined not to give up on his dream, made his own prosthetic arm from a basic brace and a spring. This enabled him to enter the Atlantic Institute of Music and Media in Georgia. Now, using a custom bionic arm developed by Gil Weinberg at the Georgia Institute of Technology, Barnes’ musical ability seems almost superhuman. The robotic prosthetic makes use of a mechanism called electromyography, which enables Barnes to respond to the electrical impulses emitted from his upper arm, enabling him to adjust how quickly the arm moves and to change his grip on the sticks. Another stick on the same prosthetic beats independently from Barnes. It makes use of built-in sensors and algorithms to create a complimentary rhythm, modelled on the skills of jazz legends like Thelonius monk and John Coltrane. Understandably, Barnes is extremely excited about this prosthetic which will definitely be a lot more effective than his current artificial limb.

Hugh Herr, prosthetic pioneer at the MIT’s Media Lab, lost both legs to frostbite during a mountaineering expedition when he was a teenager. After the completion of his master’s in mechanical engineering, a doctorate in biophysics and postdoctoral work in biomechatronics, Herr founded bionics company iWalk – later changed to BiOM – and brought to life the advanced technology that had always fascinated him. Towards the end of 2009, his first lower-leg system using robotics to replace tendon and muscle function underwent extensive testing. The sophisticated exoskeleton consists of fully computerised knees, feet and ankles imitating a real life limbs. It propels the user forward with each step, cutting the forces needed for walking in half. The metal casing of the prosthetic contains microprocessors and sensors that control the foot. The ankle can be custom-programmed to suit the wearer’s requirements. During a TED talk, Herr was joined on stage by a ballroom dancer, Adrianne Haslet-Davis, who had lost the lower part of her leg during the Boston bombings. Wearing a tailor-made BiOM ankle, Adrianne danced in public for the first time since she lost her leg. Even though the current BiOM ankles aren’t designed for dancing or other strenuous activities besides walking, Herr is working towards a future where bionic technology can help people with all types of physical disabilities to regain mobility.

New medical innovations and technological breakthroughs happen at a breakneck pace and new oral devices can potentially help millions of people to ‘see’ and ‘hear’ again – with their tongues. While our eyes and ears are our most important sense organs, our tongue is also very sensitive and has thousands of nerves which can be used for much more than just taste.

Now the deaf can ‘hear’ with their tongue

For many hearing impaired people, cochlear implants or bionic ears are very effective and have transformed many lives, but not everyone with a hearing impairment is necessarily a candidate for these implants. A non-invasive alternative could work for many more people as it costs less and is equally or even more effective than its bionic counterpart. American researchers have developed an electric oral device – a retainer – that fits in the mouth and transmits sounds through vibrations on the tongue. The region of the brain that receives signals from the thousands of nerves in our tongues is able to decode incredibly complex information. When the user pushes his tongue up against the mouthpiece, he feels a slight vibrating or tingling – like drinking sparkling water. The patient’s brain is capable of decoding the patterns of these vibrations and translate them in such a way that the user can hear words via the Bluetooth-enabled earpiece. The device is suitable for many more people as it doesn’t require the patients’ auditory nerve to be functional. In order to teach the brain to automatically start interpreting these vibrations, the patient needs to wear the mouthpiece for a few weeks to a couple of months. The research team has started testing prototypes but it will take a while before the technology will be fully functional and available to the general public. A startup has been launched and is ready to start building the devices as soon as the technology is ready.

The blind can learn to ‘see’ with their tongue

A similar principle that enables deaf people to hear via their tongues is also used to enable people with a visual impairment to ‘see’ with their tongues and can be used in conjunction with Braille, canes and guide dogs. The BrainPort V100 – also a flat oral device that contains electrodes and that the user holds against their tongue, is connected to a video camera mounted on a pair of spectacles. With the use of specially developed software, the image captured by the camera is converted into electrical signals and transmitted to the oral device which the tongue perceives the images as tingling. With experience and training, the user will learn to interpret these signals to determine the position as well as shapes and sizes of objects and whether they are stationary or moving. Research has shown that nearly seventy percent of patients who completed a year of training with these devices were able to pass various object recognition tests.

The technology is also being researched for connecting tongues to various other input sources, such as pressure sensors, microphones and magnetometers, enabling people to restore and expand many other senses besides sound and sight.

A company by the name of Second Sight is starting trials with the Argus II Retinal Prosthesis System, retinal implants that will give the visually impaired a certain degree of vision. The system, a bionic implant, has been specifically developed for people who have lost their sight due to eye conditions such as retinitis pigmentosa and macular degeneration. Retinitis pigmentosa is a hereditary condition that affects approximately 1.5 million people worldwide, while ten percent of people over 55 have macular degeneration in various severities. Both conditions cause damage to the photoreceptors of the eyes at the back of the retina. These are the cells that perceive light and transmit them to the brain where they are interpreted as images. The Argus II System replaces these photoreceptors by converting video images from a miniature video camera worn on the patient’s spectacles. While the implant is unable to provide very detailed vision, it can help patients to see shapes and certain patterns. In time, the research could mark a new era of solutions for all those who suffer from blindness.

In time, research into prosthetics will make way for advanced reconstructive surgery and bionic implants. Within twenty years, we can expect artificial blood cells, bionic exoskeletons and organs that are grown in labs. Advanced developments in biomechanics will soon enable us to repair flesh and bone – creating possibilities for millions of disabled people to live and work again. 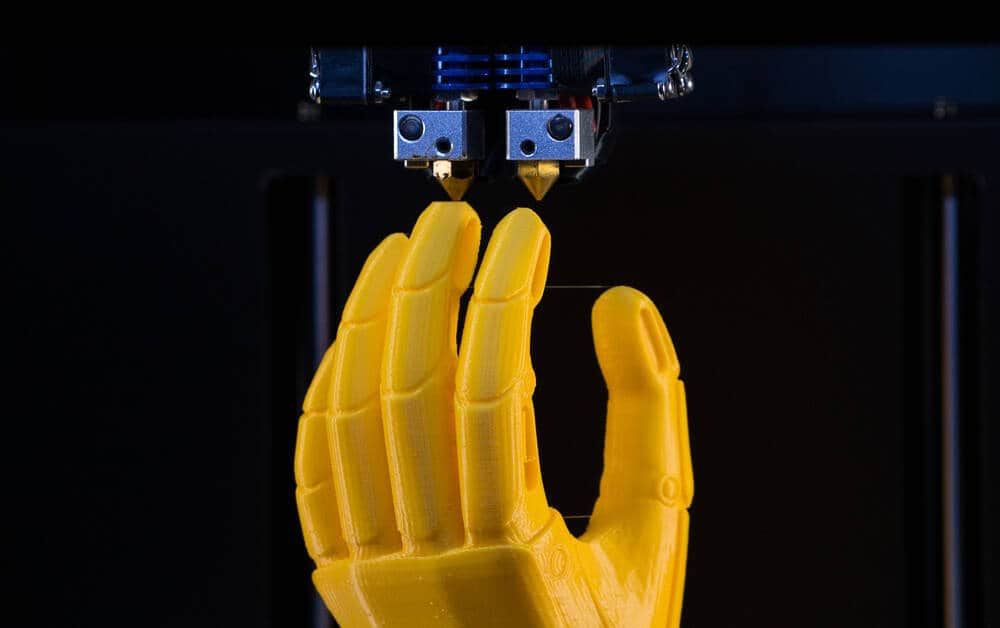