Faced with pressure from citizens, governments, and investors, companies are introducing various sustainability initiatives into their logistics operations.
Industries: Logistics

Climate change has taken a drastic toll on the planet. Caused by human-made greenhouse gases, warmer temperatures have led to the loss of sea ice, intense heat waves, and rising sea levels. Entire regions will likely become uninhabitable in the near future, with millions of people displaced. The primary culprits behind climate change are large corporations, with just 100 of them causing more than 70 per cent of global emissions. The prospects of a global disaster have prompted citizens, governments, and investors to demand change and urge CEOs to find ways of making their businesses ‘greener’. To that end, logistics and transportation are seen as areas particularly suited for the implementation of eco-friendly solutions.

Emissions from millions of fossil fuel-powered cars, trucks, buses, ships, and planes are polluting the planet each day. In the European Union (EU), for instance, transport accounts for 27 per cent of total emissions. Heavy-duty vehicles are responsible for a quarter of these emissions, despite comprising less than five per cent of all vehicles on the road. To make matters worse, 20 per cent of freight trucks in Europe drive empty. The US and other countries face similar problems, and companies are racing to find a way of moving goods in a more sustainable, cheaper, and faster way.

Efforts to make logistics environmentally friendly take many shapes and forms. One way to go about this challenge is by creating a digital logistics system that optimises the movement of vehicles and ships, ensuring they’re always used and fully loaded. Another solution involves introducing programs that incentivise maritime companies to use low-emissions vessels. Furthermore, tech giants are encouraging their suppliers to adopt sustainability practices, while Amazon and other corporate juggernauts are transforming their logistics chains by turning to electric vehicles. Banks and retailers are also increasingly looking for ways to protect the environment. Although it might seem that investing in sustainability projects means sacrificing profit, that couldn’t be further from the truth.

Eco-friendly logistics benefit companies in different ways. For one, their reputation improves, leading to better brand recognition and customer loyalty, says the international logistics giant DHL. Investors are also increasingly focusing on environmental and social issues. Their interest is prompting companies to tackle CO2 emissions, which can potentially lead to new investments and rising stock value. In some countries, businesses are legally obliged to disclose their efforts in managing environmental issues. The EU, for instance, adopted non-financial reporting rules that require firms to reveal how they handle various social and sustainability challenges.

The port of Rotterdam rewards companies that use low-emissions vessels

Seaports are a vital element of logistics chains, as ships transport over 90 per cent of global goods. Unfortunately, cargo handling, industrial activities, energy production, and other port-related operations have a negative environmental impact. They harm nature and surrounding cities, destabilising an already fragile ecosystem. So it comes as no surprise that Rotterdam, one of Europe’s busiest ports and home to five oil refineries, is working hard to reduce its ecological footprint.

The Dutch port employs almost 200,000 people and accounts for a fifth of the country’s greenhouse gas emissions. However, port authorities plan to cut emissions from shipping and industry by 90 per cent in the next three decades. The first step in that direction is encouraging cleaner shipping. The port offers discounts on its services to companies that operate low- or zero-emissions vessels. The less nitrogen oxide and sulphur oxide their ships emit, the larger the discount shipping companies receive.

Another method for slashing emissions is making day-to-day operations more efficient. The port launched a digital platform called Pronto that enables shipping companies and service providers to exchange information about port visits. “That information exchange alone is expected to reduce waiting times for ships and cut emissions by up to 20 per cent,” says Leon Willems, a port spokesman.

Tech giants are uniquely positioned to transform logistics processes. IBM, for instance, implemented a series of sustainability initiatives across its $40 billion-worth global supply chain. The company requires its suppliers to adhere to sustainability-related requirements, such as reducing CO2 emissions and recycling waste. IBM’s partners also have to publish progress reports regularly. One of the company’s executives notes that “We wanted to use our name and purchasing power to take a leadership position in the industry and advance these social and environmental initiatives.”

Getting to that point, however, wasn’t easy. IBM had to show that it, too, was reducing its ecological footprint, adhering to the same standards demanded from its suppliers. The company also tasked its procurement experts to help suppliers implement advanced management systems and analyse various material sustainability issues.

Microsoft is another tech giant that aims to help suppliers reduce their carbon footprints. The US corporation, planning on becoming carbon negative by 2030, will use new procurement processes to incentivise suppliers to reduce emissions. Also, it will provide digital solutions that will help companies report their sustainability efforts and track progress against set targets.

Web-based platforms make shopping easier than ever before with online payments and fast delivery, luring millions of customers away from physical stores. But such convenience comes at a cost. In addition to transporting goods to warehouses, retailers also send small parcels directly to consumers using thousands of fossil fuel-powered delivery vehicles. One leg of the journey is usually done by air, worsening an already rampant problem, as cargo planes account for 2.5 per cent of global carbon dioxide emissions. This figure is set to grow by as much as four times by 2050.

As one of the major actors in the e-commerce industry, Amazon decided to lead by example in tackling climate change. As part of its Shipment Zero initiative, the company plans to make half of all shipments to customers carbon neutral by 2030. Furthermore, the company’s logistics chains will become ‘greener’, too, with the retail giant’s suppliers urged to reduce their environmental impact. Also, Amazon has more than 200 scientists and engineers working on sustainability projects. Its ultimate goal is to use 100 per cent renewable energy sources to power hundreds of warehouses and many other facilities.

In line with these plans, Amazon’s CEO, Jeff Bezos, announced the company will buy 100,000 electric delivery vans from the US-based startup Rivian. All vehicles are expected to be on the road by 2024, with the first prototypes possibly arriving in 2020. Amazon opted to work with Rivian because it already invested a lot of money in this company. The startup claims its vehicles will be able to travel up to 640 kilometres on a single charge, hitting 100 kilometres per hour in around three seconds. The delivery vans might eventually even feature self-driving technology.

Another way Amazon plans to benefit the environment is by optimising deliveries. A study carried out by the University of Washington found that grocery delivery trucks emit up to 75 per cent less carbon dioxide per customer if retailers get to choose drop-off times and routes. That’s why Amazon started offering shoppers the opportunity to pick one day of the week to receive deliveries that they don’t need urgently. The company’s vans can then deliver multiple packages to customers on a single trip, reducing fuel usage and pollution. In return for using this Amazon Day feature, the company awards customers with digital credits that can be redeemed for various perks.

Walmart also wants to make a positive environmental impact. As one of the world’s largest retailers, the company launched Project Gigaton, an initiative to cut one billion metric tons of greenhouse gases from the global value chain by 2030 through suppliers’ actions. In that regard, Walmart uses the Sustainability Index Program to gather information about the ecological footprint of different products and encourage its partners to make adjustments. Supply chain partners that improve sustainability ratings will benefit financially by being able to receive loans with lower interest rates and other financial products from HSBC, one of the largest banking and financial services organisations on the globe.

Transforming supply chains remains one of the most efficient ways of protecting nature. Suppliers account for 80 per cent of greenhouse gas emissions and 90 per cent of the impact on air, land, and water that’s attributed to typical consumer-oriented companies. Walmart is well aware of this fact and is keen on seeing its suppliers change their environmental practices. “Investing in sustainability can not only lead to higher productivity and cost savings for suppliers, but can also drive their business growth as they make a positive contribution to the world,” says Matthew Allen, the vice president of finance and assistant treasurer at Walmart. Other major corporations share Allen’s opinion. According to an HSBC survey, more than 80 per cent of global companies find ethical and environmental sustainability important.

Planet Earth is undergoing critical changes. Rising temperatures have led to intense heat waves, widespread droughts, and loss of sea ice, threatening to destroy human and animal habitats. As a result, citizens, governments, and investors are increasingly urging companies to tackle this challenge. One way to do this is by making logistics ‘greener’ and implementing various sustainability initiatives across the supply chain. While this is far from an easy task, several companies have proved it’s doable. From tech giants and ports to retailers and banks, various actors are showing that innovation and digital technologies are tools with which humans can build a better and more sustainable world. 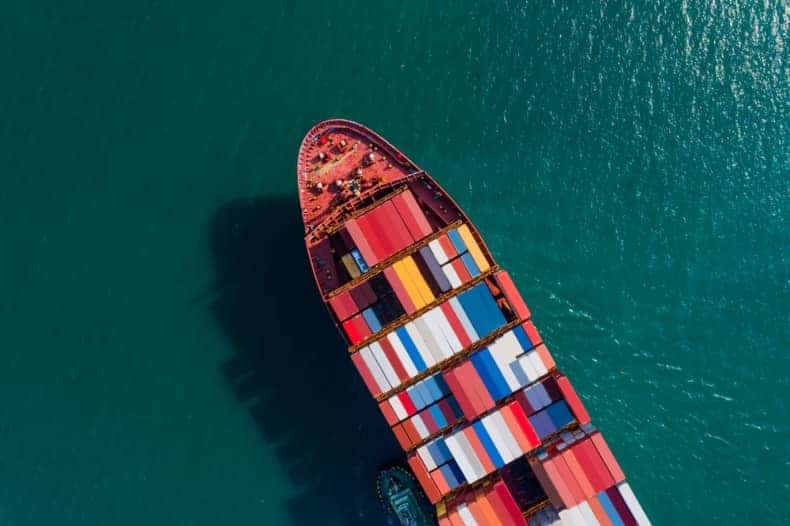 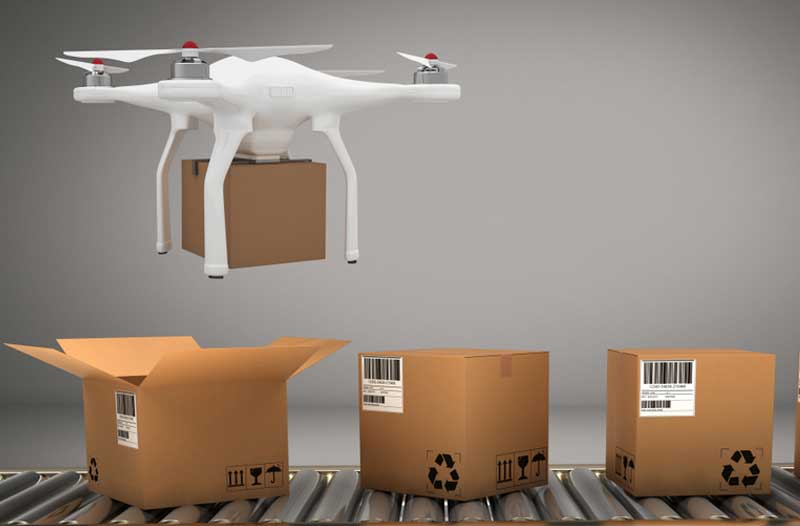 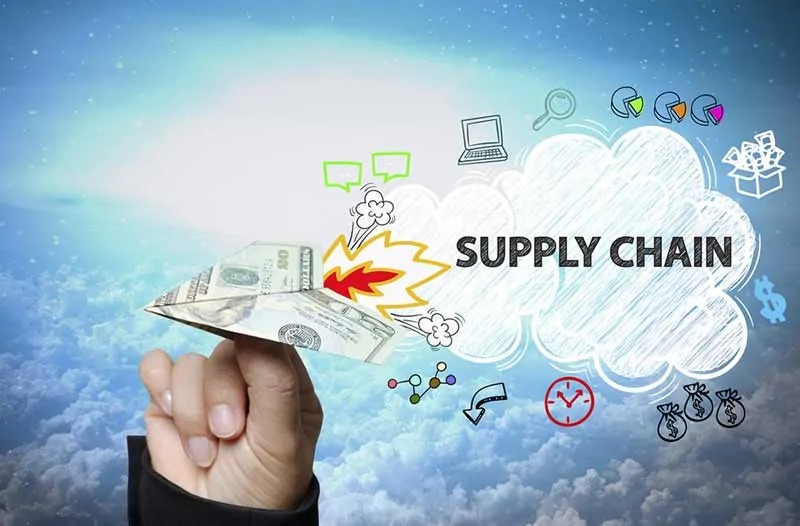 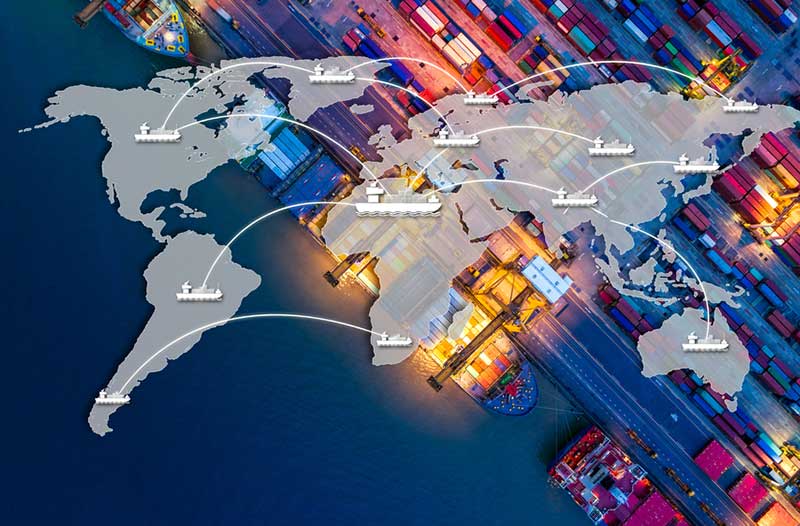 December 7, 2018
Could the warehouse of the future be entirely humanless and fully robot-operated?