Is AI simply better at everything – even creating and delivering news?

The media industry is undergoing a seismic shift as falling revenue is forcing both digital and print publishers to let many journalists and editors go. And yet, dwindling news organisations still have to cover a growing number of events, while at the same time developing new business models. One of the solutions to these challenges is the use of artificial intelligence (AI), which has the potential to improve the industry in more than one way.

For instance, AI tech can help news companies to move away from ‘chasing’ clicks and instead provide readers with personalised content and entice them to buy a subscription. Also, intelligent automation can free journalists from repetitive tasks and allow them to focus on more impactful stories. And media leaders seem to agree with these arguments. In fact, around 70 per cent of editors and CEOs surveyed by the Reuters Institute in 29 countries are already exploring ways in which AI can be used to create, distribute, and recommend content more efficiently. And while there are worries that news-writing AI could be used for nefarious purposes, its intended impact for now is to help journalists do more with less.

Major publications boast their use of AI, but many readers are often unaware that a piece of news they’ve read was actually created by smart algorithms. This is especially true in financial reporting, in which AI can turn companies’ earnings reports into news content and save about 20 per cent of journalists’ time. The Washington Post, for example, has an automated storytelling robot named Heliograf that assists journalists by spotting newsworthy trends in big data and covering high school football games.

And the LA Times is expanding its use of intelligent automation, too. This daily newspaper uses robotic writing software to produce news pieces based on The United States Geological Survey’s earthquake data. Also, the AI tracks homicide information in Los Angeles and reports on that as well. And Forbes has an AI-powered content management system named Bertie that provides journalists with trending topics to cover and suggests the most effective headline and imagery.

The Dutch news agency ANP was reported to have used an AI bot that rewrites news stories into simpler versions that are displayed in the wire services’ Kids Feed. Also, viewers in the Netherlands are now able to watch 80,000 amateur matches per year on the online platform Voetbal TV, broadcasted fully automatically with the help of smart cameras and smart software. The technology underpinning this platform is based on AI, and it was initially created by the computer vision startup Camvision. This project was launched in 2018 by the media conglomerate Talpa Network and KNVB, the football governing body in the Netherlands.

Judging by these examples, one might think that robot reporters are the future of journalism. After all, they’re performing a growing number of roles and never get tired. However, the director of news partnerships for Associated Press (AP), Lisa Gibbs, disagrees. In her opinion, “Robots are not the journalists of the future – they are a journalist’s assistant, a very good one.” And machines might assist in more areas than we think. For instance, McKinsey Analytics predicts that AI could potentially add $300.2 billion to the marketing and sales activities of the media industry, as well as $99.1 billion to its strategy and corporate finance departments. Furthermore, added value of AI in HR will amount to $4 billion, as well as $700 million in workforce productivity and efficiency.

And while intelligent robots might not replace the critical thinking and storytelling skills of journalists just yet, they surely can act as news anchors. China’s state-run news agency Xinhua recently teamed up with the tech company Sogou to create a human-like digital anchor that reads news in English and Chinese. The agency says that this machine learning-powered robot can work 24 hours a day and inform the audience on the agency’s TV, web, mobile, and social media platforms. As Xinhua claims, this technology could be a more efficient and cheaper solution compared to rotating and paying a number of human anchors.

But the much-touted AI anchor that was presented in November 2018 is far from perfect. Its voice is clearly artificial and the range of facial expressions is limited at best, resulting in a poor viewing experience. Yet, the technology is developing fast, and it’s reasonable to expect that Xinhua’s anchor will eventually become more realistic and possibly even indistinguishable from real anchors. Such prospects suggest that this type of technology is becoming less of a novelty and could one day enter mainstream media.

Cyborg, News Tracer, and other AI-powered systems as a source of competitive advantage

While China deals with digital anchors, automated technology plays an important role in a third of the content published by Bloomberg News. The AI-powered system, dubbed Project Cyborg, was first mentioned by Bloomberg in 2016. It analyses thousands of company earnings reports to create news pieces that show crucial figures and facts. It can dissect both quarterly and annual reports, and unlike journalists, doesn’t complain about doing this tedious task. Also, it gives Bloomberg an edge over competitors by publishing stories quickly and helping journalists discover critical anomalies in data that might lead to breaking stories. Bloomberg’s most recent AI innovation, named The Bulletin, was launched in September 2018, and it’s essentially a mobile app feature that displays one-sentence summaries of breaking news pieces from around the world. The language processing-based tech selects content based on user preferences and “caters for the micro moments for the busy user”, the company says.

The news organisation Reuters, which competes with Bloomberg, is also using AI to find newsworthy content. Reuters News Tracer is a software tool that relies on machine learning algorithms to analyse a portion of Twitter’s 700 million daily tweets to discover breaking news. The algorithm, launched in 2016, uses hundreds of signals to determine the truthfulness of an event before alerting reporters to pursue the news further. Reuters claims that this program enabled it to be the first agency to detect the shooting in San Bernardino, California. Also, its journalists were the first to break stories on the earthquake in Ecuador in 2016 and the Chelsea bombing in New York in 2016 thanks to the News Tracer. And while this software doesn’t write the content, it provides journalists with clues and information that could otherwise be missed.

“Data in, news story out”

The Guardian Australia recently published the first news story written by the automated writing system ReporterMate. “Data in, news story out” is how Nick Evershed, the person behind this project, describes the software that essentially takes a dataset, fills in the relevant story template, and publishes the news piece. It’s an efficient solution for media organisations that have to cover a vast amount of news with shrinking staff.

Take, for example, stories that inform readers about the weather and new temperature records, or stories that track political donations and top donors in the last few years. This type of news is characterised by figures and repetition, which means that ReporterMate can be fed with story templates and data to cover these topics each year, enabling journalists to have more time for in-depth analysis. Evershed believes that a more advanced version of this program could autonomously look for relevant data and information to fill in specific templates. But we’re not there just yet, and in the meantime, there are growing concerns about the negative effects of AI.

The San Francisco-based research institute OpenAI has stirred controversy by withholding its AI technology capable of writing articles in a highly realistic tone. The reason for such a decision is that the algorithm ended up creating very convincing fake news instead of factually correct content based on a prompt that the researchers provide. In other words, the software is a tool that could enable malicious actors to mass-produce made-up stories that are even now a major global problem. And the fact that OpenAI’s software could do this on any given topic makes it even more dangerous.

That’s why the institute called on governments to monitor the diffusion and social impact of AI technologies. Also, Benjamin Recht, an associate professor of computer science at UC Berkeley, states that the idea “that AI researchers should think about the consequences of what they are producing is incredibly important”. Other experts took a different stand on this issue. Brandie Nonnecke, the director of UC Berkeley’s CITRIS Policy Lab, argues that monitoring social media platforms that disseminate information is far more important. After all, nefarious actors will use technology to create fake news or deep fakes anyway, but their impact could be reduced by forcing platforms like Facebook to stop the spread of fake news.

Artificial intelligence and automation are creeping into the news industry, helping pioneers in this field to beat competitors and publish more news at a faster rate. Robots are well positioned to take over repetitive tasks like fact-checking, social media monitoring, news reading, and financial reporting, saving time and money for media companies. Your favourite news anchor might soon be a digitally rendered smart algorithm, while investigative journalists already use AI tools to find new clues and expose the mighty and powerful.

And judging by the progress made in the last few years, AI is set to stay in the news industry. It delivers tangible benefits, but whether innovative technology can replace humans is open for debate. Critical thinking and creative writing still require human intellect, and at the moment, AI is a helpful assistant at best. Also, journalism often experiences profound changes prompted by new technology. What never changes, though, is the journalistic standard of serving the public with facts, and this should be at the heart of any AI-inspired project. 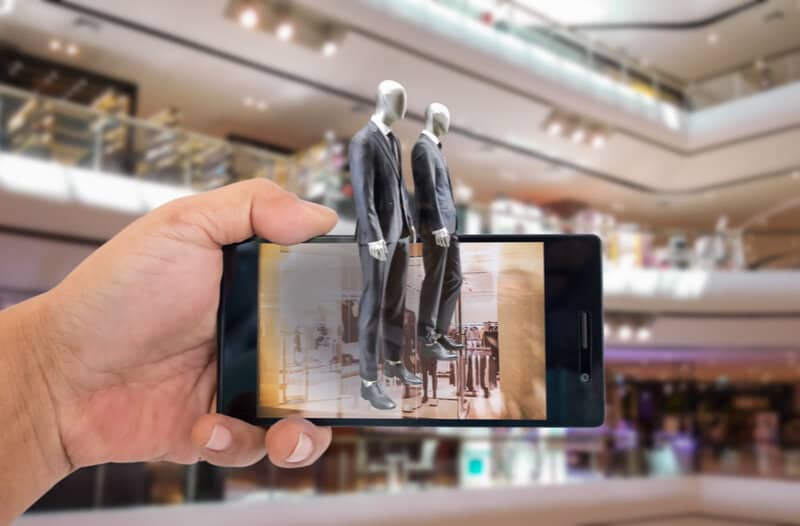 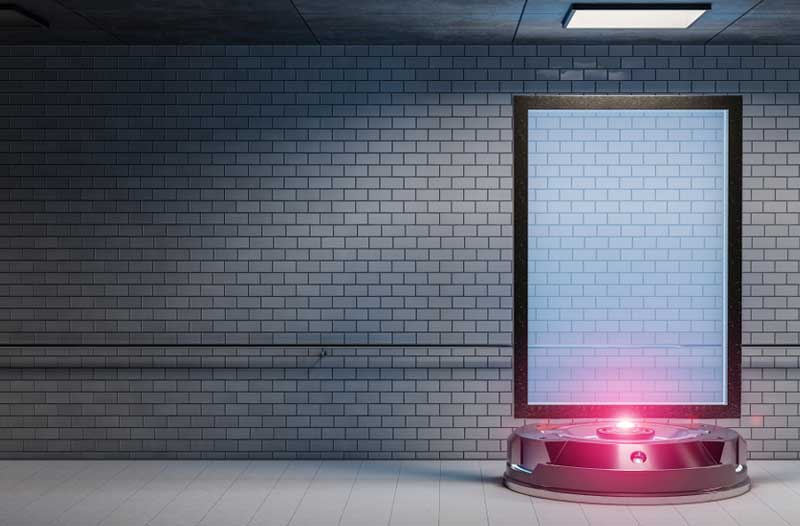