It’s official: these search and rescue robots are now better (at their jobs) than humans

Natural disasters affect hundreds of millions of people every year, killing tens of thousands. In fact, the annual average number of people who died in natural disasters in the period 2006-2015 was nearly 70,000, according to the 2016 World Disasters Report. Those are staggering numbers, and everyone – from governments to rescue teams – is desperately looking for solutions to reduce the death toll and save lives when disaster strikes. And once again, technology is (literally) coming to the rescue.

In recent years, robots have proven a particularly popular choice in search and rescue missions, as they’ve demonstrated some very impressive capabilities. Search and rescue robots provide numerous advantages over their human counterparts: they can get into tight spaces, operate in hazardous environments, and they never get tired. Furthermore, they’ve repeatedly demonstrated that they’re better and faster than humans at locating survivors in disaster areas, which not only saves lives, but also allows the affected community to get on the road to recovery quicker. “If you can reduce the initial response by one day, you can reduce the overall recovery by 1000 days,” says Dr Robin Murphy, a professor in the Department of Computer Science and Engineering at Texas A&M University.

Let’s take a look at some of the most recent developments in the world of search and rescue robots.

The Rising Sprawl-Tuned Autonomous Robot, or RSTAR, is a new search and rescue robot developed by researchers at the Ben-Gurion University of the Negev in Beër Sjeva, Israël. The robot is highly maneuverable thanks to its adjustable sprawling wheel legs that can move independently from its body. These allow it to change its shape to crawl through tight spaces, navigate rough terrain, climb over walls, or run on flat surfaces, without requiring any human intervention. The robot is just 15 centimetres long and is capable of moving at a speed of around 1 metre per second over hard flat surfaces. When it encounters soft or granular surfaces like mud or sand, the robot can keep moving by switching from round to spoked wheels.

“The RSTAR is ideal for search and rescue operations in unstructured environments, such as collapsed buildings or flooded areas, where it must adapt and overcome a variety of successive obstacles to reach its target,” says Dr David Zarrouk, a lecturer in BGU’s Department of Mechanical Engineering and head of the Bio-Inspired and Medical Robotics Lab. “It is the newest member of our family of STAR robots.” The researchers are also working on a larger version of the STAR robot, which would be able to carry nearly two kilograms of supplies on its back, as well as the smaller robot, which would take over when the larger robot encounters a hole or crack too narrow for it to squeeze through.

Developed in a collaboration between the Örebro University in Sweden and rescue units in Dortmund, Germany, SmokeBot was designed to help firefighters by entering smoke-filled buildings and creating maps that allow them to move quickly through areas with extremely limited visibility. SmokeBot is equipped with a stereo thermal camera, a 3D radar camera, a lidar (Light Detection and Ranging) unit, and high-bandwidth gas sensors. These allow it to not only see through smoke, but also detect the type, temperature, and concentration of gases in the building and warn firefighters if there’s risk of explosion. The robot is controlled remotely over WiFi by a human operator, and if it loses contact with them, it automatically returns to the last location where it had an internet connection.

“Restricted visibility is particularly critical for our rescue units and affects our perception capacity. In such ‘blind situations’ SmokeBot can function as our eyes and lead us in search and rescue operations,” explains Sylvia Pratzler-Wanczura, the principal engineer at the Institute of Fire Service and Rescue Technology in Dortmund. However, as it currently needs between 15-30 minutes to gather enough information to generate an accurate map of a location, SmokeBot is not quite ready for widespread use, particularly in situations that require an urgent response. “In these time-critical situations, it’s far too time-consuming. If we have to search for injured persons in a burning building and visibility is null, then we have precious little time for a rescue operation. We can’t take time to let a robot search the building first,” adds Pratzler-Wanczura.

The Cheetah may be the most impressive example of a search and rescue robot yet. Currently in its third iteration, the Cheetah was developed by MIT researchers to run and jump across rough terrain, climb a staircase filled with obstacles, and even recover its balance if shoved. What makes it so impressive is that it can do all of that without any cameras or external environmental sensors on board. Instead, it uses something called ‘blind locomotion’ to navigate its surroundings.

“There are many unexpected behaviors the robot should be able to handle without relying too much on vision,” explains Sangbae Kim, an associate professor of mechanical engineering at MIT who’s also the robot’s designer. “Vision can be noisy, slightly inaccurate, and sometimes not available, and if you rely too much on vision, your robot has to be very accurate in position and eventually will be slow. So we want the robot to rely more on tactile information. That way, it can handle unexpected obstacles while moving fast.”

According to the team behind it, the Cheetah was designed for use in environments that are too dangerous for humans. “I think there are countless occasions where we [would] want to send robots to do simple tasks instead of humans. Dangerous, dirty, and difficult work can be done much more safely through remotely controlled robots,” says Kim. To enable it to navigate rough terrain and recover its balance, Kim’s team developed two new algorithms: a contact detection algorithm and a model-predictive control algorithm. The contact detection algorithm helps the robot determine the best time for a leg to transition from a swing to a step by examining the data obtained from gyroscopes, accelerometers, and the joint positions of the legs. At the same time, the model-predictive control algorithm helps it determine how much force each leg should apply once it transitions to a step.

Robotic technology is now increasingly used to provide assistance and search for survivors in the aftermath of natural disasters. And search and rescue robots provide numerous advantages over their human counterparts, including the ability to work around the clock, squeeze into tight spaces, and operate in hazardous environments. While many of these robots are in early stages of development and not yet ready for general use, they’ve already demonstrated some excellent results. In fact, they may very well save your life one day! 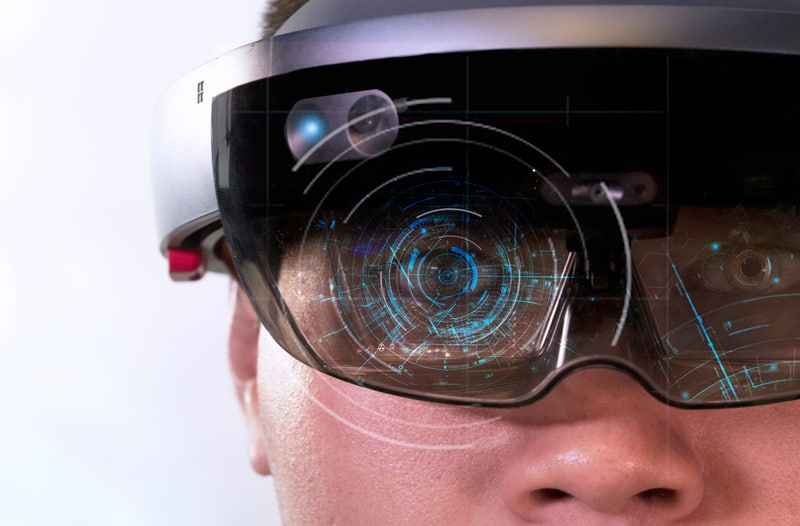