The future of cars – a new era of intelligence and interconnectedness

As megacities around the globe continue sprawling and more people in developing countries are able to afford cars, the number of vehicles on the roads of the world are estimated to exceed three billion. Many of these large cities are working on making their transportation systems more efficient by adding bus lanes, expanding rail options and upgrading and augmenting pedestrian walkways. They’re also collaborating with the private sector to develop technologies which enable communication between individual vehicles, between vehicles and roads, vehicles and pedestrians and so on. While most people today want and need to be offline while driving, in years to come everything, including cars, will be continuously plugged into the Internet of Things. The concept of passenger transportation will be entering a whole new era of interconnectedness, intelligence and sophistication. We’ll be seeing developments like biometric vehicle access, energy storing car parts, augmented window displays and much, much more. This is the future of passenger transport. Let’s take a look.

The Google car knows when you want to cross the road

The self driving Google cars have been on the road for quite some time now and they have a pretty good track record when it comes to safety. Lasers, cameras and radars enable these nifty pieces of technology to do all sorts of things such as record images of the roads they travel on, find alternative routes, view road signs and spot traffic lights long before we can see them ourselves. In some of the pilots done by Google, their vehicles memorised a road’s details in order to identify it at a later stage. While in self-drive mode, these cars were able to identify pedestrian crossings and even stopped to enable people to cross. In the future, autonomous cars may also start driving in ‘platoons’; multiple cars that drive in close proximity, basically acting as one swarm. This could potentially result in a dramatic decrease in road accidents as the cars would be able to communicate with each other and react as a unit. The platoon would be a wireless system, allowing vehicles to join a ‘road train’ with one driver in a single vehicle leading the other vehicles in the platoon.

Our cars will be communicating with traffic lights

We could soon see a future where our car gets signals from another car, telling it that it is directly in our path and facing possible collision. The other car may even automatically hit its brakes to avoid the accident. This would be possible by V2V, or vehicle-to-vehicle communication, a new technology currently being tested by Ford. The technology makes use of wireless signals to transmit data about direction, speed and location. V2I, or vehicle-to-infrastructure communication, is another technology being tested. It enables cars to communicate with traffic lights and road signals to provide you with all kinds of traffic information. As you may imagine, implementing these technologies would completely transform the way we drive and significantly improve safety on our roads. 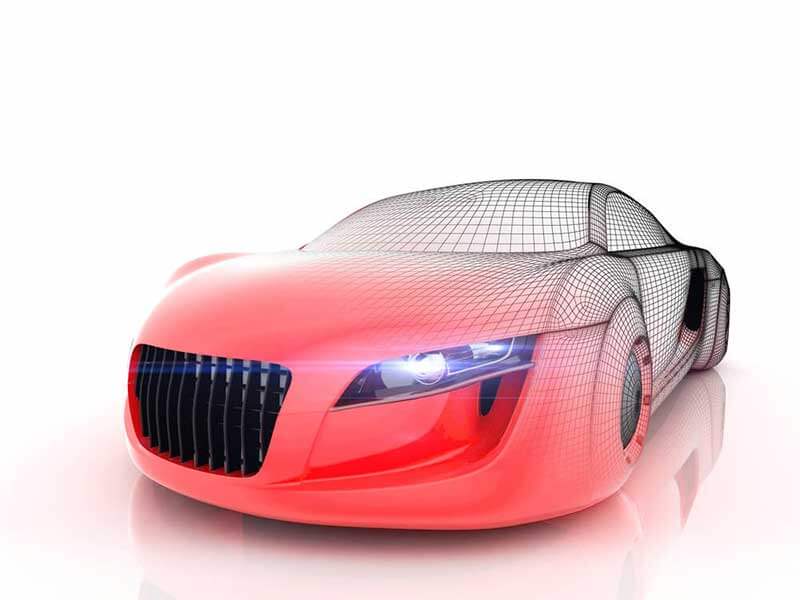 Our vehicles will soon be fully autonomous

We hear a lot about self driving vehicles such as the Google cars mentioned earlier, and they are being extensively tested. It makes total sense that we’ll be seeing them a lot in the not too distant future. It is predicted that by 2020, we will see fully autonomous cars on the road. We will also be seeing a future where cars will not only be able to drive themselves without human intervention – they will actually be able to override our decisions, actively disregarding our commands. We already have vehicles that automatically apply the brakes when necessary – should you fail to do so yourself. The exponential developments in sensor technology actually force these shifts and may eventually move us towards giving our vehicles the final say.

Biometric Vehicle Access – start your car with your eyeball

The past couple of years we’ve seen a shift from using keys to access and start our cars to keyless access. The same technology already used to gain access to, for instance, our Smartphones will also be used in the future to unlock and start our cars. Ford has already patented a system which uses use biometric sensors on keyless entry devices such as mobile phones. But even facial recognition, iris scanning and voice prints are viable options with which we may well be gaining access to our wheels in the future. This technology would also make it possible to provide personalised driving experiences such as preferred temperature settings, favourite music, position of the seats and navigation preferences.

Several high-end car manufacturers have already implemented sophisticated HUD windshield displays with navigation systems which indicate where to turn next. The next step is developing cars with augmented reality systems that are able to identify objects in front of them on the road. These systems would automatically display information, such as distance from the object, on the windshield. If you would be approaching at high speed, the augmented reality windscreen would indicate with red arrows how to manoeuvre into another lane in order to avoid a collision. Passengers could also greatly benefit from AR technology. It would enable them to zoom in on and identify objects by using touchscreen functionality on the car windows. Another area in which augmented reality could prove to be of great assistance is in the automotive field. With the use of AR glasses, car technicians could look at an engine to determine the repairs to be carried out, after which the AR glasses would give instructions.

Most modern cars today have touchscreen infotainment systems. As helpful as these systems may be, they can cause significant distraction as drivers have to look away from the road in order to operate these systems. The company Synaptics has partnered with accessory supplier Valeo to develop haptic feedback functionality to enhance automotive displays. This type of functionality will enable the driver to ‘feel the screen’ via a single finger, multi- and variable haptic touch interface that can be used without having to take your eyes off the road.

We are already bombarded with advertisements based on our behaviour on the Internet. You see it when you’re on Facebook, as soon as you open your Gmail account and even on Twitter. Within five years, our cars will also be fully connected to the Internet of Things, making them the perfect medium for marketers to send location based, personalised marketing content to our car’s display. Sensors in our fuel tank can already indicate how many kilometres we are still able to drive. Soon, sensors will also tell us which fuel stations are closest to us. These fuel stations will also send our connected car display special low price offers and other marketing material, persuading us to stop at their station.

Airbags from underneath your car to keep you safe

There are many different types of airbags; knee airbags, seat belt airbags, side airbags and any other variety you can think of. Mercedes is now re-imagining and experimenting with airbags by using them as an active safety system, rather than a passive safety measure. These airbags have friction coating and are developed to stop your vehicle before it crashes, by blowing up when sensors register impending danger. Even though Mercedes has been working on developing this technology for a number of years, it is not yet available on any production models.

Predictions by Exxon Mobil state that in fifteen to twenty years, half of the cars coming off production lines will be hybrid vehicles. Of course this is great news for the environment, were it not that the batteries of these green vehicles are and will continue to be of considerable weight and size, kind of defeating the energy-saving objective. A group of European car makers are researching the viability of energy-storing vehicle body panels that could potentially charge faster than any batteries available today. The panels are made from a strong yet lightweight combination of carbon resin and polymer fibre, reducing weight by up to fifteen percent. The energy from a charge and from, let’s say regenerative breaking would be captured and stored in the panels. This would significantly reduce the size of the battery, further freeing up energy. Body panels could also be fitted with solar cells to capture and store solar power.

Falling ill while driving? Your car will safely take you to the nearest clinic

We already have systems that use data from steering wheel movements or from facial monitoring to detect potential problems such as driver fatigue. Auto giant Ford is now developing a system that keeps tabs on your state of health while you drive, which is actually a logical next step. In the future, our vehicles could be monitoring our health and even take over control if we would, say, fall asleep while driving, get a heart attack or have a seizure. This is done via sensors in your seat, seatbelt or in the steering wheel, monitoring your vital stats. Infrared sensors can monitor the palms of your hands for changes in temperature, moisture levels and pressure. Loosening your grip could indicate drowsiness or worse, loss of consciousness due to a heart attack or other medical condition. Sensors in the seats and seatbelts can assess your breathing rate and pulse. Combine these features with the self driving technology, and you have a car that can decide to safely take over the wheel or park the car. It could even call the paramedics or drive you to the nearest clinic – basically turning your car into your personal ambulance.

In twenty to thirty years, our cars will no longer run on fossil fuels. Instead, we’ll see autonomous, electric and solar powered vehicles that automatically steer us away from dangerous situations and communicate with other cars on the road. Technology has moved so rapidly that many cars can already park themselves. The day when you call or text your car to come and pick you up is really around the corner.