Will biosensor tattoos be monitoring our health in the future?

Epidermal electronics, or ‘e-tattoos’, are becoming advanced enough to be used for medical purposes. When biosensors are applied subdermally, a variety of health-related metrics can be monitored.

Tattoos are becoming increasingly popular, with the tattoo industry growing steadily over the last two decades. However, it is not just tattoos for cosmetic purposes that we are seeing more of – tattoos also have wide-ranging uses in healthcare. They can be used to cover scars from burns, injuries, or skin conditions, or to realistically mimic a human nipple after a mastectomy. Tattoos can even indicate the potential presence of diseases like diabetes, cystic fibrosis, and epilepsy. Where ‘medical alert bracelets’ were once used, medical tattoos can actually be more effective. There are various types of medical tattoos used for various purposes. The technology behind medical tattoos is also continually advancing, and now even smart ‘biosensor tattoos’ are being used to monitor health.

Medical tattoos made with ink containing fluorescent, colorimetric biosensors can detect changes in sodium, glucose, and acidity levels in the body. When changes occur, the entire tattoo changes colour.

Various wearable devices have been shown to be useful for medical purposes. Electronic bracelets, similar to those sold commercially as smartwatches and fitness trackers, can monitor our heart rate, body temperature, and other vital signs, and some can even measure perspiration levels. However, these devices do have limitations – they can break, get lost, or irritate the skin. And in response to the growing need for health monitoring from home, such as screening for conditions like liver failure in an aging, increasingly house-bound population, more and more companies are developing technologies to offer solutions to these challenges. One such technology is colorimetric ink, which can be used as a diagnostic biosensor that responds to changes in the subdermal fluid that is essential in providing nutrients to cells. Scientists from MIT and Harvard collaborated on the DermalAbyss project, where participants were given medical tattoos made with ink containing fluorescent, colorimetric biosensors. The biosensors can detect changes in the interstitial fluid’s levels of substances like sodium and glucose, as well as acidity (measured by pH). When changes occur, the entire tattoo changes colour. This enables continuous monitoring of changes inside the body, rather than having to extract interstitial fluid and carry out a traditional pH test. It is also believed to be more accurate than currently widely-used biosensors that link sweat concentration to analyte levels. The scientists believe that adoption of this technique could be particularly useful for monitoring conditions like diabetes and dehydration. All information could be automatically recorded and stored on an accompanying smartwatch, and then shown to healthcare providers when needed. There is also the potential for vaccinations to be administered via tattoos, as the immune response stimulated by tattooing is greater than that of intramuscular injections.

Electronic tattoos for monitoring blood pressure and other vitals

Measuring blood pressure outside of a medical setting can be difficult and inconvenient. Constricting cuffs have traditionally been used, but researchers from Texas A&M University and The University of Texas at Austin have collaborated on a project that has made a breakthrough in blood pressure monitoring. The researchers have developed an electronic tattoo that continuously measures blood pressure in a less obtrusive and more accurate way than existing cuff-based devices do. This tattoo is stored in a flexible, malleable material that protects the sensors and is applied beneath the skin. According to the researchers, the tattoo is “weightless and unobtrusive… you don’t even see it, and it doesn’t move.” The tattoo sends electrical currents through the skin and then analyses bioimpedance (the body’s response to this current), which has a strong correlation with blood pressure. These blood pressure readings are then analysed using a bespoke machine learning model.

Printable electronic tattoos are also becoming more advanced. Biosensors are more effective and less obtrusive the smaller and more flexible they are, and advances in printing technology are fuelling developments in this area. Researchers from Duke University have invented a method of printing electronics directly in place, even on surfaces as sensitive as human skin. The team used materials such as a hexagonal boron nitride ink that can be printed reliably at low temperatures, and a silver nanowire ink that is conductive immediately after being printed, even at room temperature. This method could be a breakthrough in the ability to reliably and accurately apply electronic tattoos for medical purposes. In the words of Duke University PhD student Nick Williams, “the 2D structure of hexagonal boron nitride allows for this material to be insulating immediately after printing without any further post-processing.” This is a major step ahead of traditional methods of manufacturing electronics, which “require many, many processing steps… even with simple, low-cost electronics fabrication processes, like printed electronics, there are many further steps after deposition that are required to achieve the desired properties.” The team’s research could enable “short-term, non-invasive monitoring of patient vitals” across the healthcare sector.

UV-sensitive tattoo ink is a new cosmetic trend, but also has potential medical applications. UV-sensitive tattoos could be used when out in the sun, to signal the need to find shade or apply sunscreen based on the intensity of the UV ink’s glow.

Light-sensitive tattoos are becoming increasingly advanced. One design, currently under development by Professor David Kaplan and his team at Tufts University, uses a super-thin disc that is inserted under the skin similarly to how tattoos are applied. The disc is made of a biodegradable, biocompatible material called fibroin. A compound called PdBMAP is added, which glows during exposure to light. This sensor can dissolve naturally and safely in the body after a period of between a few weeks and many months. The glow that happens on exposure to near-infared light represents the levels of oxygen in the subdermal interstitial fluid that surrounds the sensor. These levels have been shown to match those of oxygen in the bloodstream, which can be used to monitor the health of blood and the potential presence of various health conditions.

UV-sensitive tattoo ink is also a new cosmetic trend, but has potential medical applications. UV-sensitive tattoos could be used when out in the sun, to signal the need to find shade or apply sunscreen based on the intensity of the UV ink’s glow. Excessive exposure to the sun’s UV radiation is heavily linked to at least three types of skin cancer, and one-third of Americans report getting sunburned each year. It can often be difficult to tell when you are at risk of sunburn until your skin actually starts to redden. UV tattoos could indicate high exposure to radiation well before you develop any physical symptoms, and enable you to take preventative measures.

The future of biosensor tattoos

Scientists believe that there are some existing limitations with biosensor tattoos, but that these will likely be overcome as the technology is rapidly advancing. Current trials of colorimetric tattoos have used pig skin, which is very similar in composition to human skin, but not identical. Research by the UC Davis biotechnology program suggests that further work may be required to prove that the technology will work as well on humans. However, the team believes that the current obstacles – being able to reliably and stably reverse the sensors for glucose and albumin – can likely be overcome by impending developments such as more advanced dyes. There is also the possibility of advanced ‘microinjection’ rather than more traditional ‘tattoo gun’ devices. New materials, and methods of ink delivery, could increase the reliability and accuracy of colorimetric tattoo technology.

The potential uses of biosensor tattoo technology even go beyond the medical. Microsoft cofounder Bill Gates believes that electronic biosensor tattoos will eventually replace smartphones for a variety of purposes. US-based technology firm Chaotic Moon has been developing tattoo ink with ‘nanotrackers’ that has caught Gates’ attention. These nanotrackers can capture, receive, store, and send data accurately, even compiling their own ‘medical reports’ that we carry around in our bodies. The trackers can automatically send notifications to smartphones to alert wearers to the potential presence of infections or other health issues. While the technology is currently used just for medical purposes, it is believed that it could soon be used for sports (for example, for monitoring vital signs to optimise athletes’ performance), and then for many other purposes. Gates believes that these biosensor tattoos will eventually be used for geolocation and communication purposes. Wearers could send messages and location reports to other wearers, potentially making the traditional smartphone obsolete.

Nanotechnology is another area in which biosensor tattoos could have applications. Research published in the journal Advanced Functional Materials in 2021 found that integrating e-tattoos with triboelectric nanogenerators (or TENGs) could enable wearable nanogenerators that convert human motion into electricity. This could mean the invention of wearable devices (including IoT devices) that are powered directly by the body itself. The researchers even designed a TENG device that can be used to remotely control a small electric car by the wearer tapping arrows under the skin.

Biosensor tattoos may sound like science fiction, but the technology is almost advanced enough to become a fixture of our daily lives, much like smartphones and the internet.

Biosensor tattoos may sound like science fiction, but the technology is almost advanced enough to become a fixture of our daily lives, much like smartphones and the internet. The first notable strides in biosensor tattoo technology have been in the medical field, and we are likely to see further developments there before the technology branches out. Increased use of biosensor tattoos for monitoring health could significantly benefit public health and reduce strains on healthcare services, due to their ability to detect and address health issues before they worsen. 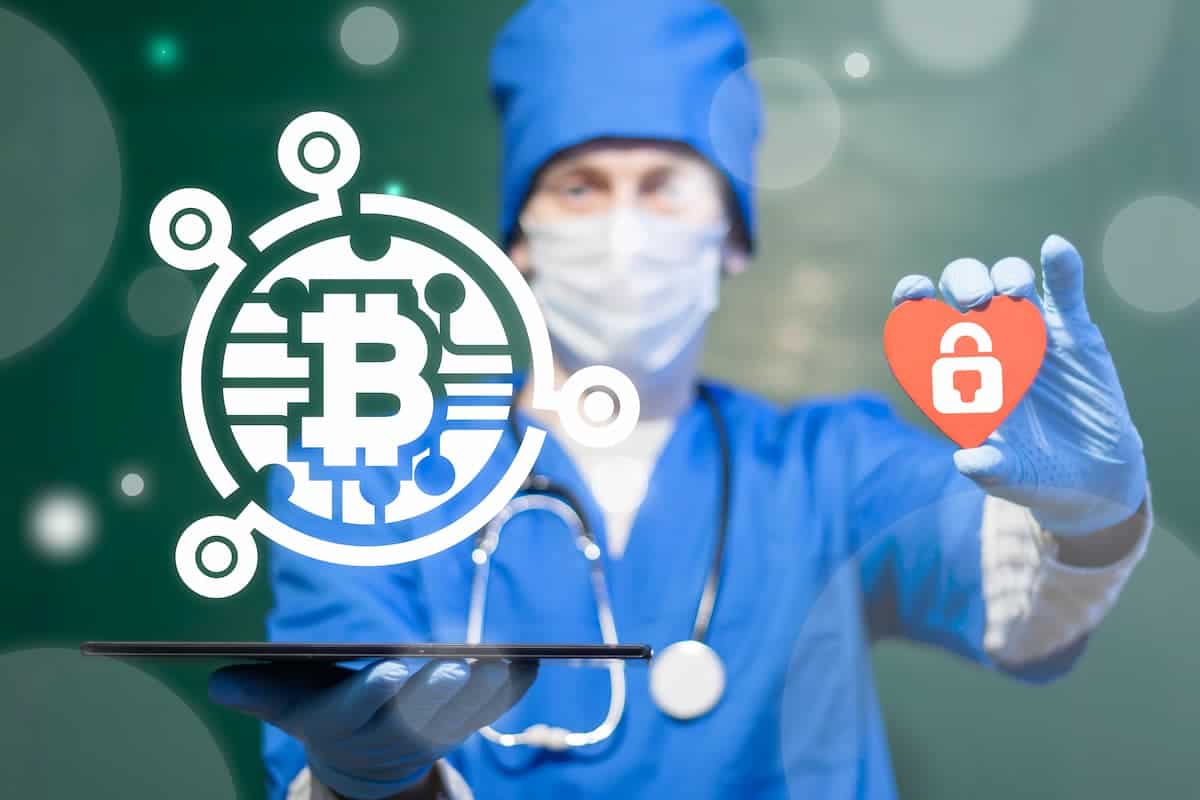