Elon Musk, the genius behind SpaceX and Tesla, doesn’t like to wait. Tired of watching major space agencies take their time with exploration, he launched SpaceX to prove that he could take humanity into orbit and beyond. And weary of snail-like advances in the tech for electric vehicles, he built Tesla from the ground up to demonstrate that electric cars could be both viable and attractive.

Musk is nothing if not impatient, but he combines his inability to wait with public-minded focus and a forward-thinking ethic. Now that he spends a lot of time in Los Angeles – which may be the city of angels, but is far more often the city of headache-inducing traffic – he just can’t stand to do nothing.

His new dream-child is the Boring Company, an aptly named venture that does just what it says. Musk’s plan is to drill tunnels beneath LA, adding a 3D layer of infrastructure to ease traffic congestion, ferrying passengers across town at speeds that rival Formula 1 racing! That may sound crazy, but it’s almost ready to ride.

Musk’s Boring Company is anything but

Building tunnels may not sound like an innovation, but you’d be wrong. They’re a fantastic idea because there’s no practical limit to how many layers deep we can build, providing the infrastructure a huge city like LA needs. But up until now, there were some real problems keeping us from using this solution. It took Musk’s drive for the future and creative imagination to overcome them.

First, tunnelling is super expensive, often as much as $1 billion for 1.5 km. That’s just not cost effective. And second, tunnelling is really, really slow. Tunnel Boring Machines (TBMs) can’t even keep up with snails – literally – in soft soil. Musk’s innovations to boring are designed to solve both issues simultaneously.

By decreasing the tunnel diameter from the usual 8.5 metres to about 4.2, he can cut costs by a factor of 3 to 4. That’s huge. And by automating the boring machines, he can speed them up, too. But perhaps the biggest problem with speed is that about half the tunnelling time is spent putting up support structures to keep the tunnel from collapsing. Musk’s just not patient enough for that! In December 2017, he won a $266,000 sales tax exclusion from California to build his own concrete ‘ring’ factory. His plan was to use these interlocking rings as the tunnel structure, laying these as the TBMs dig. Evidently, that’s mission accomplished!

His tunnels will replace mass-transport – at speeds of more than 200 kmph!

Musk’s tunnels are designed to be pretty slender, and they’re not really intended for cars. While his idea was initially to offer vehicle transportation on giant sleds that would descend from the streets above, it’s morphed into a mass-transit alternative for people. Musk’s current system offers pedestrian and bicycle transport on electric skates that travel at no less than 200 kmph! But rather than a series of stops like conventional subways, this is a ride from only one point to another, getting you across town in minutes instead of hours. “Electric skates will carry between 8 and 16 passengers (mass transit), or a single passenger vehicle”, Sarah Gray reports for Fortune.

That ‘single passenger vehicle’ is really an afterthought now. These tunnels are just too narrow for many cars, including most Tesla models, though the Model 3 might just squeeze in. They’re really designed as an alternative to light rail, subways, and buses, and Musk plans competitive pricing – less than $2 a ride.

Check out a video of how this might work:

We’d forgive you if you thought this was something planned for 2050. But Musk’s Instagram account tells a different story. “First Boring Company tunnel under LA almost done! Pending final regulatory approvals, we will be offering free rides to the public in a few months,” he writes.

That’s beyond cool, and if this works as well as it looks like it will, we expect Musk to begin building a network of tunnels under LA, ending the city’s reputation as a traffic hell and showing major urban centres a path toward congestion-free streets.

October 25, 2019
Are hydrogen-powered vehicles the future of transportation?

May 27, 2019
Could micromobility be the solution to our cities’ congestion issues? 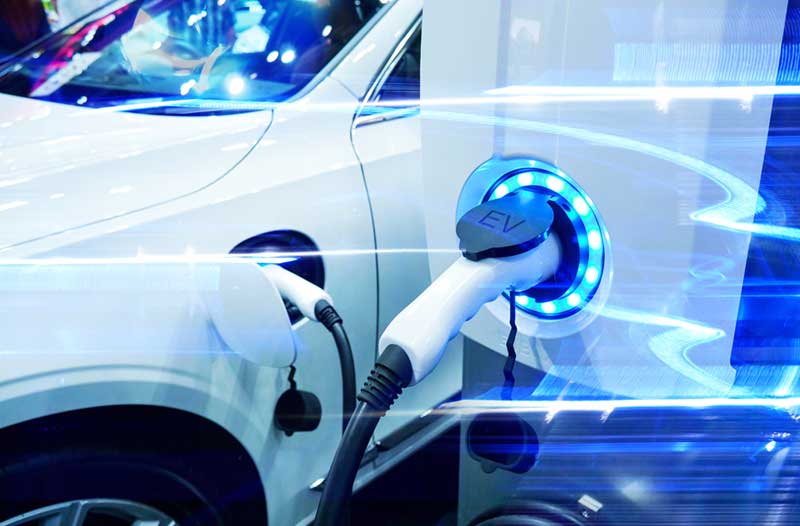 March 22, 2019
From 3D-printed motorbikes to cars faster than Lambos – the future of transportation is electric