Will smart cities be our allies in our fight against future pandemics?

Smart cities built on the foundations of intelligent solutions and cutting-edge tech will be the first line of defence against any pandemic in the future.
Industries: Smart City
Trends: IoT

More and more people move to urban areas in the hope of finding a (better) job, a higher quality of life, and being in the proximity of arts and culture. There are quite a few drawbacks to living in cities, however – such as traffic jams and air pollution. But those aren’t the only negatives to living in overpopulated areas. The pandemic has shown us that densely populated cities are most susceptible to virus outbreaks that are often airborne or transmitted via cough droplets. Social distancing, in those cases, is a must – which, in densely populated areas with jam-packed public transportation, is nearly impossible. Governments are now looking into implementing cutting-edge technologies that might help prepare cities for any future viral threats.

The evolution of the smart city is all about digital ecosystems

The concept of the smart city involves more than implementing intelligent solutions. Given that almost two-thirds of the world population is expected to live in urban areas, smart cities must cater to all the needs of their tech-savvy citizens who want to live in a healthy environment. Innovations in transportation systems, as well as better digital connectedness, are crucial for further development. Governments have recognised the need to transform city areas into urban digital ecosystems. This has resulted in a significant global smart city market that was valued at $410.8 billion in 2020, and is expected to grow to a staggering $820 billion by 2025, growing at a compound annual growth rate (CAGR) of 14.8 per cent. The main drivers of the global smart city market are increased awareness for citizen safety, health, and wellbeing. “Smart cities are gradually instrumenting the urban fabric at every layer, and cross-sector benefits are starting to be realised,” notes Eric Woods, research director at Navigant, a global professional services firm that helps clients take control of their future. “This trend is reinforced by the growing importance that cities place on data analytics and creative approaches to delivering efficient, effective, and sustainable services.”

Will the IoT be guarding our cities in the future?

If the pandemic has thought us anything, it’s that technology can help us lower the number of people who succumb to the novel coronavirus. Today we happen to be fighting COVID-19, but it’s highly likely that there will be other pandemics in the future. Thankfully, we have a myriad of cutting-edge technologies that can help us prevent and fight future pandemics.

The world has become a global village and everyone can travel anywhere they want. While this is generally a great thing, in the middle of a pandemic this free flow of people can become a problem. A recent study by the World Economic Forum has indicated that the IoT can help monitor the movement of people, whether it’s pedestrian flow or vehicle traffic, and provide real-time data on whether social distancing rules are being adhered to. The Urban Observatory, Newcastle, UK, a project developed by Newcastle University, for instance, provides real-time data from on-the-ground sensors.

Proactive cities like Singapore, Helsinki and Zurich, have been recognised as the most advanced cities in the 2020 IMD-SUTD Smart City Index Report, which was released by the Institute for Management Development in collaboration with Singapore University for Technology and Design (SUTD). Bruno Lanvin, President of the IMD Smart City Observatory, notes that it’s still early to draw any final conclusions from the current situation. “This year’s Smart City Index suggests that the cities that have been able to combine technologies, leadership and a strong culture of ‘living and acting together’ should be able to better withstand the most damaging effects of such crises.”

The EU Member States, supported by the Commission, released “an EU toolbox for the use of mobile applications for contact tracing and warning” as part of a coordinated approach to fight the pandemic and help manage the crisis. Emanuele Piasini, CEO and founder of the Italian company Webtek, has developed a free app for contact tracing and has made it available to the authorities. Piasini explains that the app is efficient and useful for users as well as the authorities. For example, let’s say that I was on a train in the morning, I got a fever in the evening and then I tested positive for COVID-19. At this point, it would be hard to remember all the people I bumped into. With the app, the authority enters my phone number into the AI ​​system, which provides the list of phone numbers of the people I met, including where and for how long I met them. The authority then warns the citizens involved. ” Germany has also introduced a contact tracing app that was downloaded 17.8 million times. And Iceland is also encouraging visitors “to download [their] app, not only for its good functionality, but also because it contains links to important COVID-19-related documents and even has an online chat function”. Portugal launched it’s own app in September 2020, but users weren’t happy with it as there were “loopholes in personal data usage and the dominant role played by tech giants in drawing up health protocols”.

Drones can be very useful in critical situations, and companies such as Wing, UPS Flight Forward and Zipline, are trying out new ways to leverage this cutting edge technology for delivery purposes. Although regulatory and safety issues have made it complicated to optimize the use of drone tech, some countries have taken the first steps to make it happen. This has, however, not been without incidents, which indicate that we need better safety issues and legislation. Swiss Post and Matternet have already collaborated on a drone delivery service in three different cities in Switzerland and managed 3,000 successful flights, but the crash in January 2020 did raise some concerns regarding the safety of drone deliveries. Professor Michel Guillaume, head of the Center for Aviation at the Zurich University of Applied Sciences and a member of the expert board is, however, quite positive about the drones. “We certify that Swiss Post and Matternet maintain high safety standards and a high level of safety awareness. The processes that were examined were at a high standard even before the incidents. There are no reasons why flight operations should not be resumed. ” Considering their low operational costs, speed, and convenient delivery options, there is no doubt that we’ll see more drones hovering above our intelligent cities. COVID brought the term ‘contactless’ – before that not many people were talking about contactless; Now it’s almost a preferred way of us delivering. So we see, from the government to consumers, open-mindedness about, underlines Rebecca Yeung, FedEx’s vp of Advanced Technology and Innovation.

Facial recognition, biometrics, and smart algorithms form the foundation of the smart cities of the future

Smart technologies have been increasingly implemented in many cities across the globe, making them tech-powered and future-proof for whatever may come their way. Singapore, for instance, uses a facial recognition system to trace COVID-19 patients. But the proposed wearables that track peoples’ movements have already been met with resistance. Citizens feel that this way of tracking invades their privacy and many have already signed petitions. “All that is stopping the Singapore government from becoming a surveillance state is the advent and mandating the compulsory usage of such a wearable device. What comes next would be laws that state these devices must not be turned off [or] remain on a person at all times – thus, sealing our fate as a police state. ” The government has, however, not made these wearable devices mandatory – yet.

The American digital medicine company developing the voice-based technology platform Sonde Health has acquired NeuroLex Labs, a US-based company specialising in applying speech analysis techniques to detect various health conditions before symptoms occur. Their new mobile and voice-assistant platforms allow non-invasive cutting-edge voice-enabled health detection and monitoring. “At Sonde, we have unlocked voice as a new vital sign to enable secure, accessible, and non-intrusive monitoring of health. Incorporating NeuroLex’s impressive work in voice-based surveys and research moves us significantly forward in becoming the one-stop shop for health condition detection and monitoring through voice,” notes David Liu, CEO of Sonde Health. “NeuroLex’s voice-based survey platform and biobank will accelerate our research and development, and our collection and analysis of high-quality voice data, bolstering all the products we provide to our customers.”

Robots will help us with smart policing

The spike of COVID-19 cases in cities across the world has resulted in authorities introducing lockdowns to prevent the spread of the disease. Staff shortages at police departments have necessitated additional stay-at-home orders and curfews. In order to provide assistance to police officers, cities across the globe have started to deploy intelligent robots. In Tunisia’s capital Tunis, for instance, police robots now ensure that people abide by the various COVID-19 rules. PGuards, as the robots are called, are equipped with a thermal-imaging camera and lidar tech. Singapore is following suit and has introduced the four-legged robot Spot. Controlled remotely and fitted with sensors that can detect objects on its path, Spot patrols the River Plains section of Bishan-Ang Mo Kio Park, guarding a 3km stretch, to ensure that people adhere to the social distancing measures.

Will the intelligent urban centres of the future protect us from new pandemics?

Despite increased digitalisation, smartification, and advances in medicine, the world was not prepared for an onslaught like the one caused by the current pandemic. In less than a couple of months, many countries saw their economies breaking down and many businesses all over the world were unable to switch to alternative models of work, with massive job losses as a result. These scenarios, however, don’t need to repeat themselves in the future. The smart cities of tomorrow should be better prepared to combat these and similar crises, deploying smart algorithms, intelligent technology, and improved connectedness as first lines of defence. 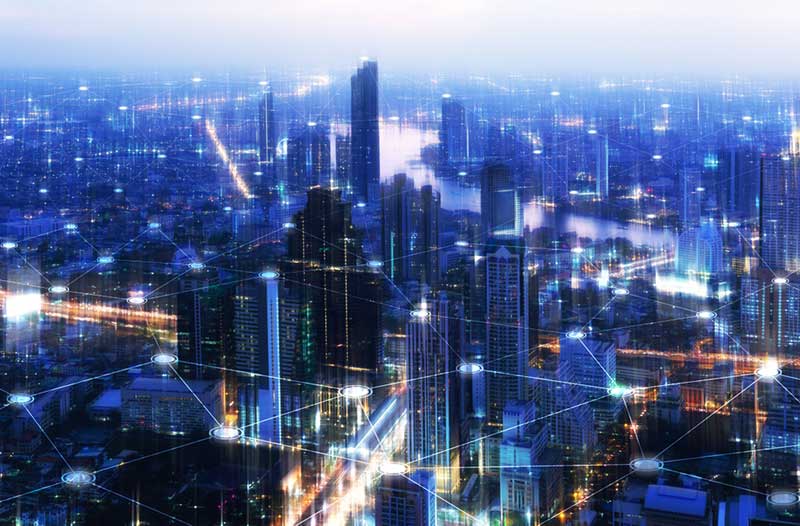 April 22, 2019
How cities are using technology to tackle homelessness