AI and machine learning in HR: how to stop bias in hiring

Having skilled and dedicated employees is crucial for any company’s growth and success, but finding the most competent people to fill positions isn’t as easy as it may seem. In fact, it’s not rare for companies to spend months looking for the right candidate. To speed things up and make the recruitment process easier and more effective, companies are increasingly embracing artificial intelligence (AI). Unlike humans, AI and machine learning don’t care about the candidate’s race, gender, or anything else that’s not related to their professional competency. Based on several assessment questions, AI software can easily identify the best candidate, and a process that might have taken a human recruiter several days, or even months, is completed in just a few seconds.

AI has certainly had a disruptive impact on today’s workplace, but this tech isn’t ruining humanity, as some try to portray it. AI and machine learning won’t eliminate real recruiters from human resources (HR) departments. Instead, they’ll automate repetitive manual tasks and make hiring less biased. For instance, according to Montage, a company providing innovative recruitment solutions, 44 per cent of job seekers experienced discrimination during a job search. Moreover, 56 per cent of them believe that AI could improve the hiring process and make it less biased, while 49 per cent claim AI could improve their chances of actually getting the job.

And recruiters seem to appreciate the new tech as well. Back in 2017, the consulting firm Korn Ferry conducted a survey among 770 professional recruiters from all over the world, and the results reveal that 48 per cent of respondents claim AI makes their jobs easier, while 27 per cent say they have more time to focus on other tasks thanks to AI.

A robot head conducts interviews instead of human recruiters

Some companies are already experimenting with AI-based hiring. For instance, the Swedish recruitment agency TNG is relying on a robot named Tengai Unbiased to take recruitment to the next level. Tengai is basically a robot head that’s used to conduct interviews instead of human recruiters. TNG started testing the innovation in October 2018, and will continue doing so until May 2019, when it plans to start using Tengai for real job interviews. The robot is the brainchild of the Stockholm-based company Furhat Robotics, known for its development of social robots. The robot head is designed to be placed on a table in front of the candidate, after which it starts asking questions, while mimicking human expressions with its voice and face. After the interview is over, Tengai provides the human recruiter with a transcript of the applicant’s answers. This means that it’s still up to the recruiter to decide whether the applicant will proceed to the next round of interviews. However, in the future, Furhat Robotic plans to make its robot fully autonomous, so it can make this decision by itself. And the company is already developing an English language version that it plans to roll out in 2020.

But before Tengai becomes an integral part of the hiring process, the robot will be conducting interviews with a wide range of volunteers. By interacting with diverse applicants, Tengai will learn to avoid bias and discrimination against applicants. Although hiring someone based on their age, gender, or race instead of their skills is morally wrong, this is unfortunately still common practice. In fact, TNG’s survey shows that 73 per cent of Swedish job seekers have felt discriminated during their job application process. Samer Al Moubayed, the CEO of Furhat Robotics, says that the company’s vision is based on “eradicating bias from the recruitment process, potentially giving people a better chance to have the right career, and for employers to find the right candidates”.

Another solution designed to help HR professionals overcome challenges in hiring was developed by the Canadian startup Knockri, which created a platform that relies on AI algorithms to analyse videos of job applicants and read their facial expressions and speech tone. Based on the analysis, the platform identifies whether the candidate is suitable for the job they’re applying to. The Knockri platform can be used to recruit candidates for jobs that require communication skills, such as consultants.

While analysing the video, in which the candidate answers pre-recorded questions, Knockri won’t take the candidate’s gender, ethnicity, or skin colour into account. Based on the applicant’s responses, Knockri will create a score for four parameters, including communication skills, collaboration, empathy, and enthusiasm. The platform will then create a list of the most suitable candidates for the job and forward it to the human recruiter. Based on this data, the human recruiter will be able to pick out the candidates who’ll continue with the application process. According to Knockri’s website, besides providing a 62 per cent reduction in cost, and a 68 per cent reduction in time, this innovation will also provide recruiters with a 23 per cent more diverse pool of candidates.

Similar to Knockri, a video-hiring tool called HireVue also uses AI algorithms to assess candidates’ video interviews. But HireVue makes the process more fun and engaging thanks to game-based assessments. Here’s how it works: candidates answer video questions and engage in game-based challenges, which create over 250,000 data points. HireVue analyses these data points, including tonality, speech patterns, and audio. Each video then gets a final score, which helps recruiters to identify the top performing candidates. This way, recruiters can not only assess more candidates in less time, but also make sure they’re spending their time with the best applicants.

So far, 700 companies have used this automation tool to simplify their hiring processes. The banking institution J.P. Morgan Chase is one of HireVue’s satisfied customers. It claims that HireVure has helped to “speed up the process of filtering through videos”. Other companies, such as Unilever, which specialises in consumer goods, reported having more diverse candidate selection after implementing HireVue. As CNBC reveals, diversity of talent at Unilever increased by 16 per cent since it introduced this hiring tool.

Besides analysing video responses, AI can also help recruiters by assessing candidates’ social media. This is exactly what the tech company Frrole had in mind when it developed DeeperSense, a system designed to collect and analyse data from candidates’ social media profiles. Based on the applicant’s behaviour on social media, the system can evaluate their personality. Some might think this is an invasion of privacy, but the fact is that DeeperSense doesn’t collect private data and only relies on public information, which is “fair game for employers” anyway.

Checking someone’s social media is nothing new. Even in the traditional hiring process, recruiters will sometimes check a candidate’s LinkedIn or Twitter. But DeeperSense does things differently. It doesn’t analyse characteristics such as age, race, or gender. Moreover, it doesn’t analyse what you’re talking about on social media, but rather how you’re talking about it. As Amarpreet Kalkat, the company’s co-founder, explains, DeeperSense can identify if a person uses a lot of positive words in their posts, which means that the candidate is likely to be agreeable. Also, the system can detect if someone is using too many pronouns, indicating the person is less open. Thanks to DeeperSense, recruiters can better manage their first impressions before they actually interact with the candidate, which makes the overall interview go a lot smoother. By analysing personality assessments in minutes, DeeperSense will help talent acquisition teams and agencies to reduce pre-screening assessment costs by 50 per cent.

Why didn’t Amazon’s recruiting tool live up to its promise?

Though AI promises to revolutionise hiring and talent acquisition, the tech is far from perfect, and sometimes even AI can fail. Amazon, for instance, discovered that its AI recruitment tool was biased against women. This left the company no other choice but to abandon the project it had been working on since 2014. Amazon wanted to create a system capable of analysing a large number of resumes. Based on the information provided in those resumes, the system would identify the right candidates and rate them from one to five stars. To achieve this, Amazon’s AI recruitment tool needed lot of historical data to learn from. So, Amazon’s researchers fed the system with resumes of people who applied for a position at Amazon in the last 10 years. However, the researchers didn’t realise that most of those resumes came from male candidates. As a result, the system was incapable of ranking applicants in a gender-neutral way and ranked male candidates higher than women. It even identified women’s colleges as “less preferable”. Although the company tried to make the system less biased, it simply wasn’t good. For certain job positions, the system would recommend candidates with no expertise and required skills. Though Amazon had big plans for the system, the company claims it never used it in evaluating candidates for real jobs.

The future of AI-driven hiring

As more organisations leverage AI to automate repetitive work and improve their business performance, AI-driven recruitment no longer seems to be just a concept. By eliminating human bias and improving recruitment efficiency, AI tools, including platforms and robots, allow companies to better grade their candidates and quickly reach out to those who have the right skills. Human recruiters will still remain relevant, the only difference is that they’ll have more time to interact with the best applicants for the job. Thanks to AI, candidates will no longer feel discriminated against based on their age, gender, or race, which is usually the case in traditional recruitment.

AI technology could even go so far as to analyse candidates’ mood and identify if they have the right leadership skills, or if they’re lying about their skills and education. Some of this might still seem futuristic, but as technology continues to advance and hiring becomes more complicated, the adoption of AI within HR departments will speed up, and talent recruitment will no longer be reserved only for humans. 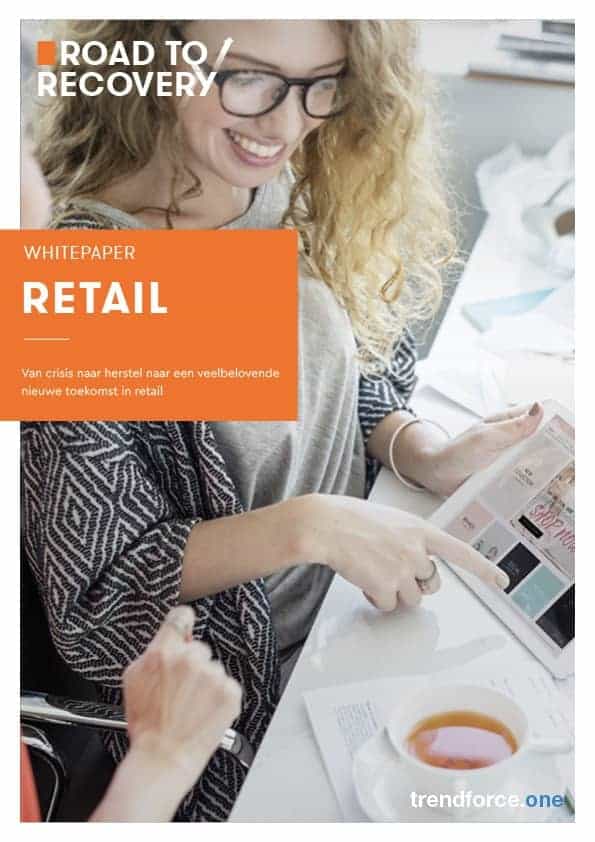 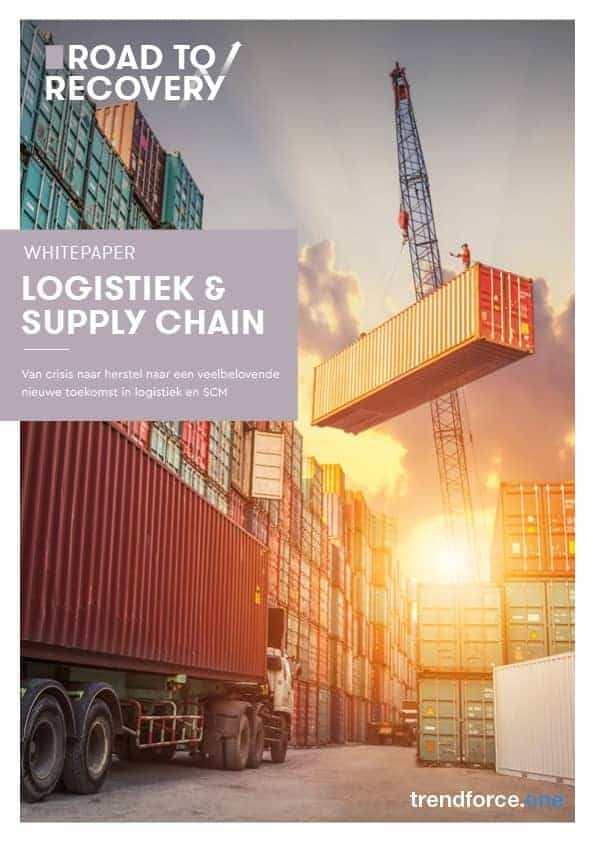 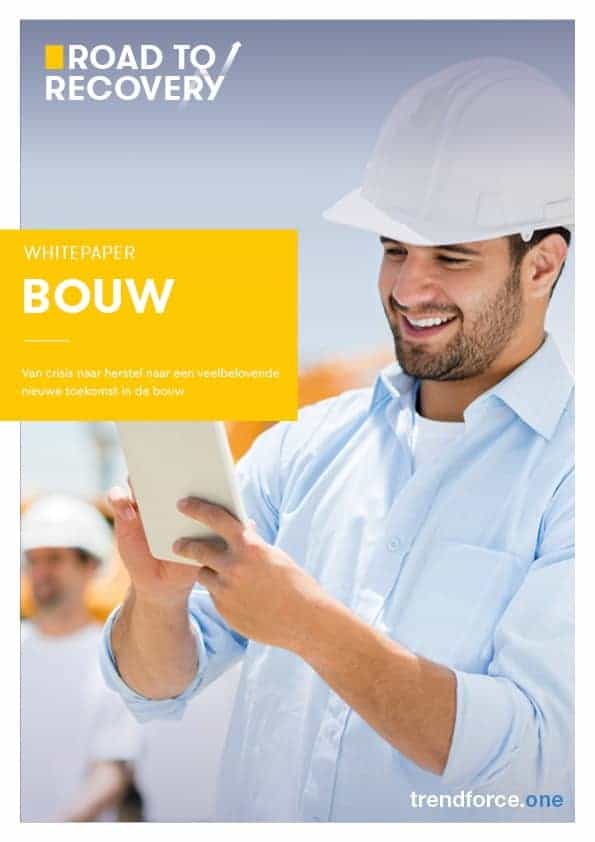 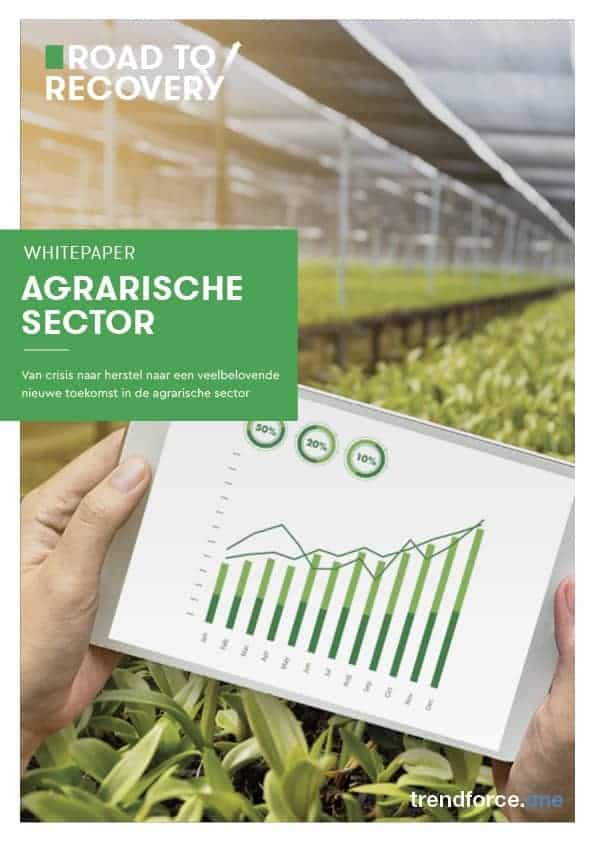 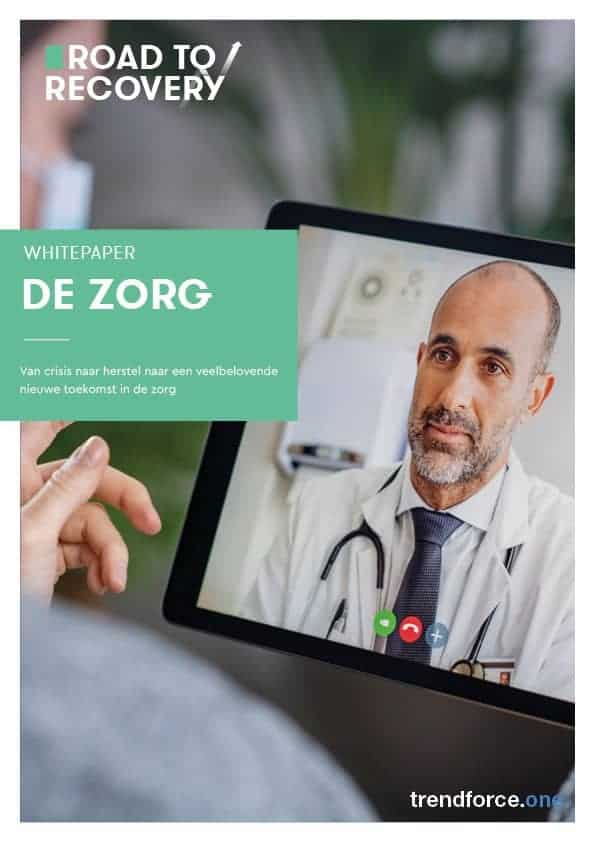 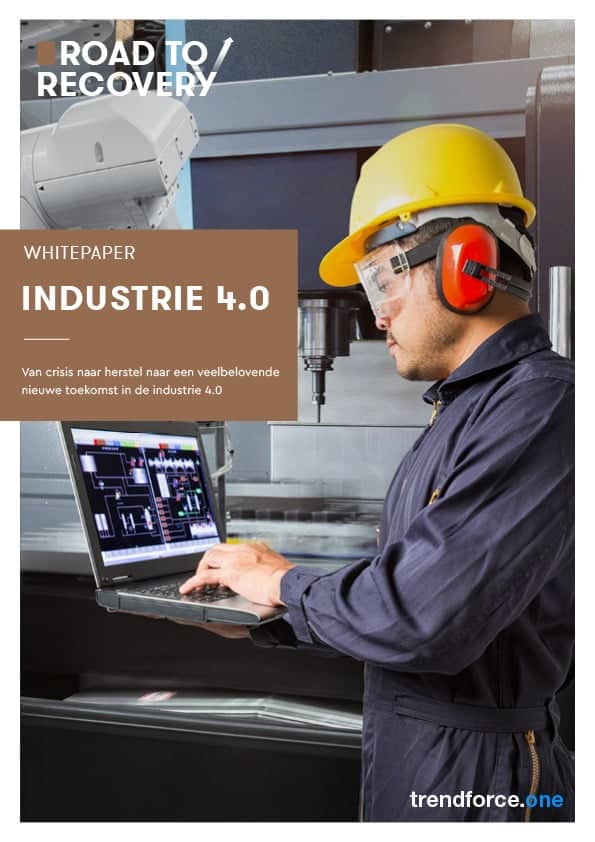 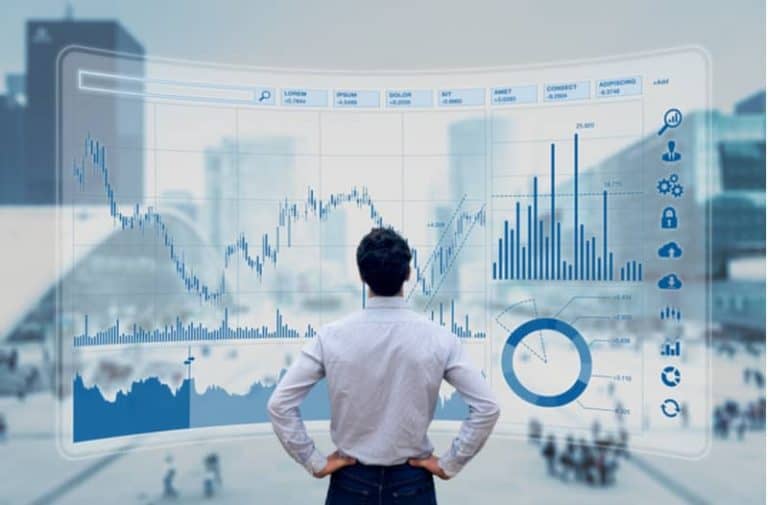 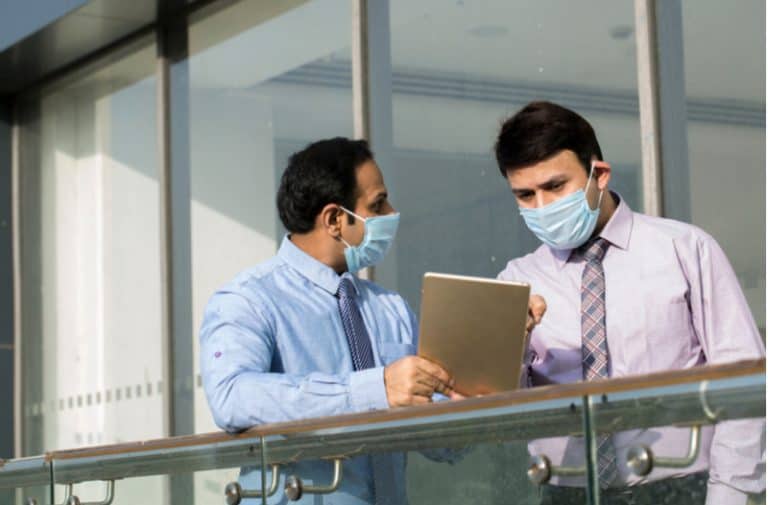 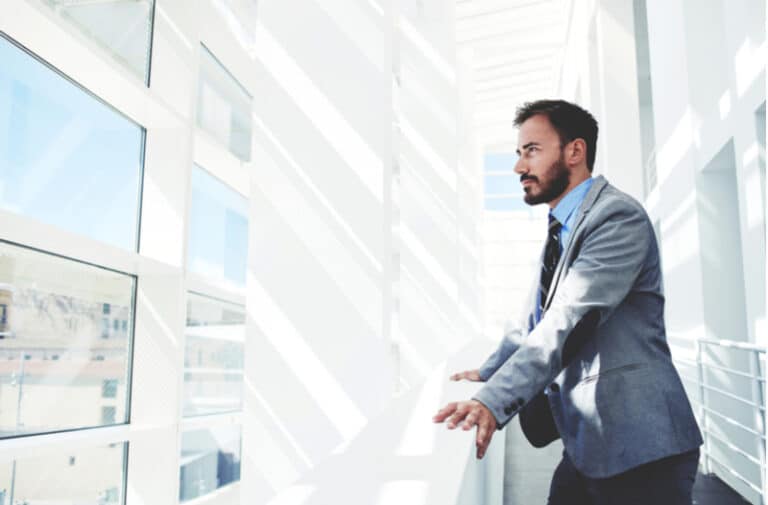 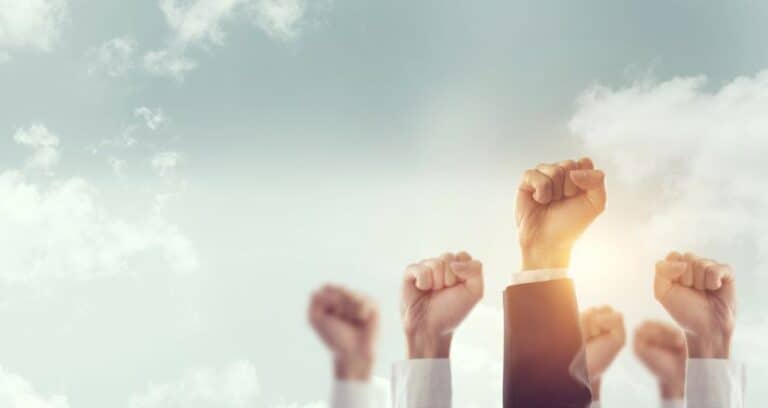 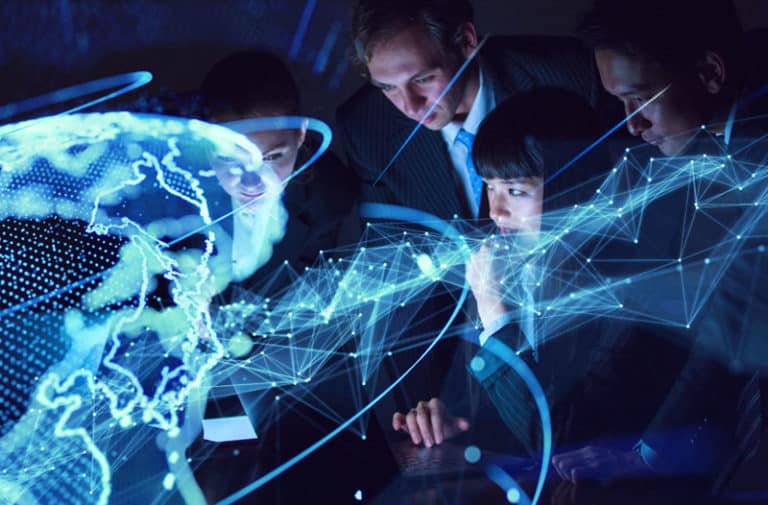 November 27, 2019
AI in management: your boss could soon be a machine 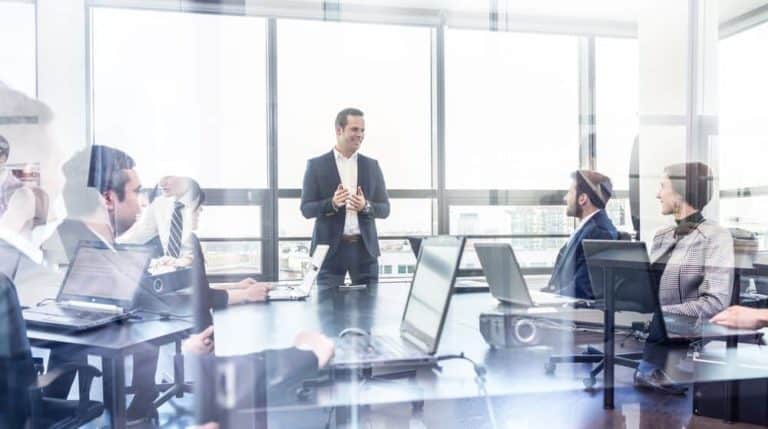