AI presidents – a good idea or a disaster waiting to happen?

As the public becomes increasingly disillusioned with their current political leaders, the idea of having an AI president is starting to gain ground.
Industries
Government
Trends
Artificial Intelligence

The world is in a rather delicate situation. Wars, resource scarcity, climate change – these are just some of the issues currently threatening the future of the human race. To make matters even worse, people in charge of making the decisions are often driven by greed, jealousy, and lust, rather than altruism. It almost seems as if the world was balancing precariously on the edge of a cliff, with only a small push enough to send us plunging down into the abyss.

Humans are notoriously bad at governing themselves. More often than not, we let our emotions influence our decisions, instead of basing them on facts and common sense. And judging by our recent history, that’s unlikely to change anytime soon. So, if humans can’t be trusted to do what’s best for them, why not pass that responsibility onto someone, or rather something, that could – an AI?

The rise of artificial intelligence

Artificial intelligence technology has become one of the most hotly contested topics of our time. It has pervaded almost every aspect of our society and taken over many of the roles that used to be reserved exclusively for humans. Companies around the world are increasingly using AI to automate mundane and repetitive tasks, improve productivity, and enhance the customer experience. AI is already replacing truck drivers, factory and warehouse workers, and delivery personnel. It’s also increasingly used to detect and diagnose diseases, predict the behaviour of the stock market, and serve customers online. A recent report published by the World Economic Forum estimates that artificial intelligence could potentially displace as many as 75 million jobs and create as many as 133 million new roles by 2022.

One role that has remained immune to automation throughout has been that of the president. But why should our government leaders be exempt from the upcoming robotic revolution, especially in the light of the public’s growing disillusionment with the people in power? In recent years, a growing number of people have suggested that we should replace our elect officials with AI and leave the governing of our countries to machines. While the idea may sound a bit farfetched at first, its proponents do have some pretty good arguments on their side.

The pros of having an AI president

The idea of an artificially intelligent ruler has been a staple of science fiction for quite some time. The first thought that comes to most people’s minds when they think about a society governed by machines will probably be that of the Skynet system from the Terminator movies. People like Elon Musk and the late Stephen Hawking have mirrored this grim vision by repeatedly warning about the existential threat artificial intelligence poses to humanity. While that’s certainly one of the possibilities, there’s no reason to believe that an AI ruler would necessarily be hostile towards humans.

Europeans in particular don’t seem to be overly opposed to the idea of having an AI in power. According to a recent survey conducted by the IE University in Madrid, approximately 30 per cent of the 25,000 people questioned said they would be willing to be governed by an AI. One of the main reasons for this line of thinking is that people have simply lost faith in their political leaders and believe that machines would be able to make better, fairer, and more rational decisions that would be in everyone’s best interest.

“Historically, one of the big problems with leaders is that they are selfish mammals. An artificial intelligence president could be truly altruistic. It wouldn’t be susceptible to lobbyists, special interest groups or personal desires,” says Zoltan Istvan, a transhumanist and AI advocate. An AI president couldn’t be pressed, threatened, or bribed into passing or repealing a policy that would serve only the interests of a particular group of people. It would be able to consider all aspects of an issue, evaluate available facts, weigh every existing option, and take the best possible course of action, all without letting prejudice, anger, impulse, or ego get in the way.

“Humans are actually quite poor at making compromises or looking at issues from multiple perspectives,” says Bart Selman, a professor of computer science at Cornell University. “I think there’s a possibility that machines could use psychological theories and behavioral ideas to help us govern and live much more in harmony. That may be more positive than curing diseases—saving us before we blow ourselves up.”

What could possibly go wrong?

Unsurprisingly, not everyone is convinced that turning power over to an AI would be a good idea or that it’s even technologically feasible. At this point, artificial intelligence technology is simply not advanced enough to be able to assume the role of president. While the technology has progressed considerably in recent years, most AI systems today are specifically programmed to perform a single task and can’t do anything that’s not included in their programming. Being a president, however, requires more than being able to perform a single task. A president needs to be able to think multiple steps ahead and react to novel situations as they develop. They need to be able to improvise and make tough decisions, often with incomplete data.

“If you’re president of the United States, what bubbles up to your level are the problems that nobody else in the hierarchy was able to solve. You get stuck with the hardest nuts to crack,” explains Illah Nourbakhsh, a robotics professor at Carnegie Mellon University. “And the hardest nuts to crack are the most meta-cognitive, the ones with the fewest examples to go by, and the ones where you have to use the most creative thinking.” For AI to be able to assume power, we would first need to achieve singularity, a term used to describe the point at which machines will become smarter than humans and will continue to improve upon themselves, resulting in uncontrollable technological growth. However, there’s considerable debate about when that might happen and whether it’s even possible.

Another issue is that AI algorithms tend to reflect the biases and cultural and philosophical assumptions held by the people who create them. After all, we’re the ones who build and train these algorithms, so it’s not that surprising that we end up passing some of our traits onto them. “Technological systems are not free from bias. They’re not automatically fair just because they’re numbers,” says Madeleine Clare Elish, a cultural anthropologist at Columbia University. “My biggest fear is people won’t come to terms with how A.I. technologies will encode the biases and flaws and prejudices of their creators.” This is especially true when it comes to people of colour. For example, it was discovered that Google’s image recognition system would sometimes label photos of black people as gorillas. Similarly, an AI system used by US courts was shown to be 77 per cent more likely to label black defendants as being at risk of committing a violent crime in the future as opposed to otherwise similar white defendants.

One of the biggest obstacles to putting an AI in charge of a country is that machines still don’t know how to explain themselves. AI systems are capable of analysing massive amounts of data and identifying patterns that would be impossible for humans to spot, but they’re unable to explain how they came to a decision, which is something a president needs to be able to do. Last but not least, there’s also the danger that an AI president might be hacked and used to hurt the people it’s supposed to serve. How do we prevent that from happening? Unless the AI is smart enough to detect and stop any potential attack, this might be a risk not worth taking after all.

Could an AI ever be president?

A lot of people would probably agree with the assessment that our political leaders have failed us. Driven by their personal interests and desires, they’ve led our planet to the brink of destruction, as evidenced by their unwillingness to do everything in their power to address climate change. As the public grows increasingly disillusioned with the government, some people have proposed that we should replace people in power with someone who could be trusted to do what’s best for the common good. Their solution – artificial intelligence.

At first, an AI president sounds like a preposterous idea. But is it really? People already trust AI to drive their cars and airplanes, manage their bank accounts, and make medical diagnoses. Would it be such a big leap to entrust the governing of the country to an AI as well? An AI president wouldn’t be susceptible to emotions and personal desires, as it would have none, and it would be able to make better, fairer, and more rational decisions than its human counterparts.

However, there are a number of obstacles standing in the way of this scenario. First of all, the technology is simply not advanced enough at this point, and it probably won’t be until we achieve singularity. And even if we do, there are also the issues of smart algorithms reflecting the biases of their creators and the threat of hacking. As it stands, a far more likely scenario seems to be the one in which an AI isn’t used to replace the president, but to provide guidance and help them evaluate their decisions and identify any potential biases or flaws, while still leaving the final choice up to the human. 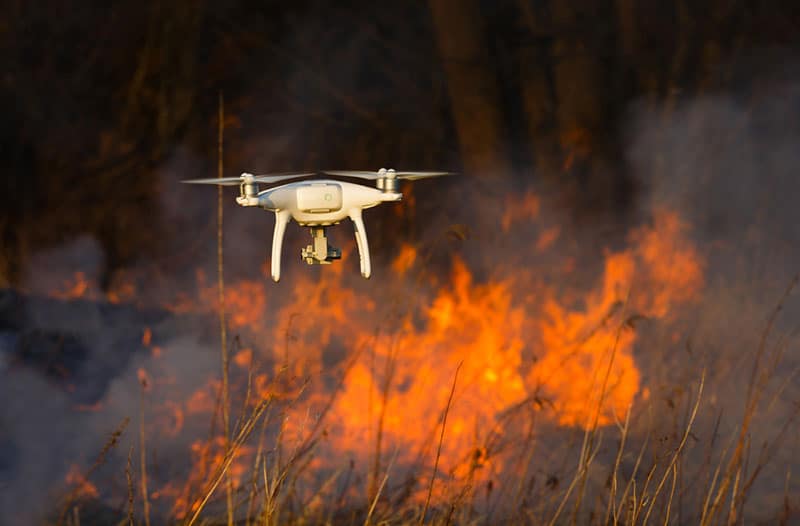 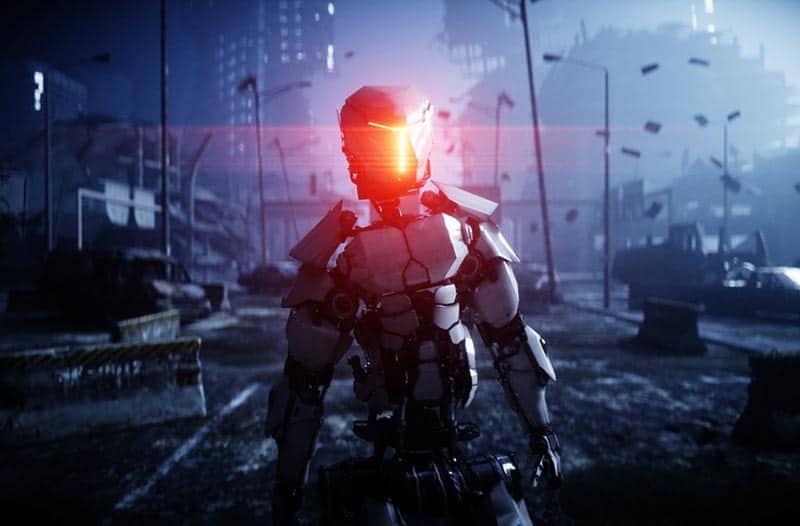 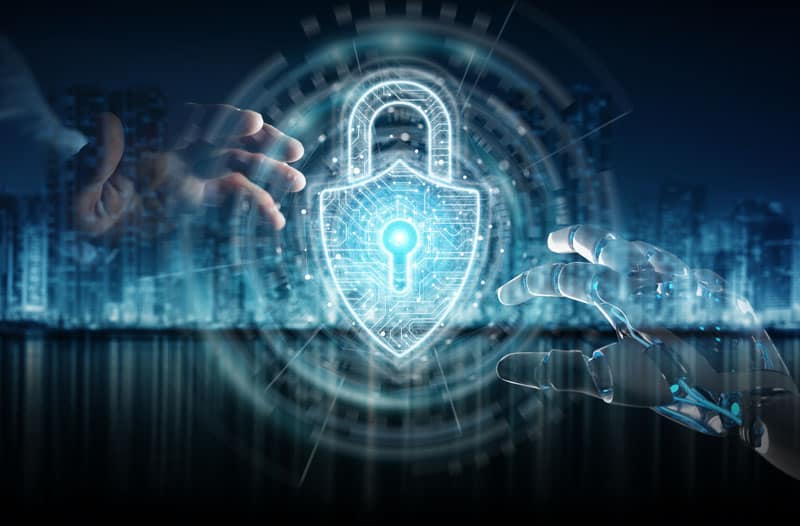