Drones, AI, and reforestation – making the planet greener and healthier

Forests play an important role in our planet’s ecosystem, acting as home to countless plant and animal species, offering numerous economic, health, and social benefits to billions of people, and helping mitigate the effects of climate change. According to the World Bank, forests now cover approximately 30 per cent of the Earth’s land area. Unfortunately, this figure is expected to decrease in the future, as deforestation continues to take its toll. The World Bank estimates that around 1.3 million square kilometres of forest has disappeared between 1990 and 2016. Overall, about 46 per cent of the planet’s trees have been cut down by humans.

Deforestation is driven mostly by human activity, such as farming, mining, drilling, logging, and urbanisation. However, humans aren’t solely to blame, as wildfires and overgrazing are also partly responsible for the problem. With so many things at stake, including the preservation of wildlife, people’s livelihoods, and potentially even the future of the entire planet, researchers have been looking for new ways to address this issue, with technologies like drones, artificial intelligence, and blockchain emerging as a potential solution.

Could reforestation be the solution to climate change?

A recent study published by researchers at ETH-Zürich in Switzerland suggests that our planet could support nearly 10 million square kilometres of additional trees, which would enable us to store around 205 billion metric tons of carbon once those trees reach maturity. This figure would account for approximately two-thirds of the carbon emissions caused by human activities since the Industrial Revolution. “Our study shows clearly that forest restoration is the best climate change solution available today and it provides hard evidence to justify investment,” says Tom Crowther, a co-author of the paper and lead scientist at the university’s Crowther Lab.

However, other researchers were quick to express doubts about the claims presented in the study, noting that the authors underestimated the amount of carbon emissions generated by humans and overestimated the trees’ carbon removal and storage capabilities. Some have gone so far as to call the study potentially dangerous, as it could lead policymakers to ignore more effective strategies for combating climate change. Still, even if the authors were a bit too optimistic in their projections, nobody can deny that planting new trees can help us reduce carbon levels in the atmosphere, and it might be worth pursuing as a complement to other strategies.

Startups around the world are using drones to combat deforestation

In recent years, drones have emerged as an increasingly valuable tool in the fight against deforestation. The UK-based startup BioCarbon Engineering, for example, has found a way to significantly speed up the tree planting process by using drones to fire seeds into the ground. The first step involves having drones fly over the target area to gather information about its topography and soil conditions and make an accurate 3D map. This information is then combined with satellite data and analysed by an algorithm to identify the most suitable locations for planting, as well as the most efficient planting pattern. The drones then proceed to fire biodegradable pods filled with germinated seeds and nutrients into the designated spots, which they can do at a rate of one per second, allowing them to plant up to 100,000 seeds per day.

According to the startup, using drones to plant seeds is 10 times faster and 80 per cent cheaper than manual planting. Another advantage is that it allows them to plant seeds in areas that would be difficult to reach otherwise. So far, the BioCarbon team has planted millions of trees in several different locations around the world, ranging from Myanmar’s mangrove forests to abandoned mines in Australia. The idea seems to be catching on, with two more startups recently employing a similar approach: the Seattle-based DroneSeed and AirSeed Technologies in South Africa.

However, drones can do more than just plant trees; they can also help us combat illegal deforestation. A team at the Leuser Ecosystem in Sumatra, Indonesia, is using drones to “expose tropical rainforest destruction from land clearing for illegal palm oil plantations in the national park to identifying illegal logging camps”. The high-resolution mapping and imagery gathered by the drones is then forwarded to the police to help them prepare cases against those involved in illegal activities. The drone footage is also used to educate local communities about the damage caused by such destructive practices.

Researchers around the world are also increasingly turning to artificial intelligence technology to protect the world’s forests. Gramener is a data science company that uses AI and machine learning to fight against all types of human-caused extinctions, including illegal deforestation. The company recently joined forces with a plantation company in Southeast Asia that wanted to make sure it was deforesting responsibly by cutting down only those trees that are mature enough.

Previously, to make deforestation both ecologically and economically viable, the plantation company had to manually inspect aerial photographs to identify the age and development of trees in certain areas. While this allowed it to ensure that the trees were large enough and couldn’t grow any bigger, the process was very time-consuming. To address this issue, Gramener developed an AI system capable of identifying such trees from still images automatically. “The system is now automated,” says Anand Subramanian, a co-founder and CEO of Gramener. “This is not something that necessarily requires an expert, but the area of coverage is so large that automation makes a huge difference in this case.”

However, not everyone is interested in logging responsibly. In fact, according to Topher White, the founder of the San Francisco-based nonprofit Rainforest Connection, illegal logging accounts for anywhere between 50 and 90 per cent of all logging performed worldwide. The renowned physicist and engineer has come up with an ingenious way to detect signs of illegal logging activity and it involves old phones. The phones, usually five or six years old, are placed high up in trees, where they listen for sounds associated with illegal logging in real time and notify authorities as soon as they detect something unusual.

These ‘guardian phones’, as they’re called, have been modified to run on solar cells, which allows them to record all sounds in their surroundings for 24 hours a day. The recorded sounds are then analysed using artificial intelligence and machine learning to identify the sounds of chainsaws, vehicles, logging trucks, people, and gunshots. This method has proven rather effective at stopping poachers in the areas of central Africa and Latin America. “If you can actually stop them on their way in by detecting a vehicle or detecting a chainsaw before a lot of damage has been done, the stakes are so much lower for both sides that you can actually talk it down,” explains White.

A new blockchain-based project aims to save trees in Paraguay

During the BlockShow Asia 2018 conference, a group of german entrepreneurs led by Jörg Schäfer unveiled a new blockchain-based project called TreeCoin, which aims to address deforestation by offering participants the opportunity to purchase shares in an ambitious reforestation project. The project is planned to last for 22 years, during which time the team hopes to cover 597 square kilometres of vacant land in Paraguay with eucalyptus trees.

The participants will be able to buy security tokens called TREE, which will be issued under Swiss jurisdiction. Each TREE token will be worth around $23, which includes all land purchases and management overhead, and equals to one tree planted. Every four years, the valuable eucalyptus timber will be sold to generate profits for the project. 50 per cent of the proceeds will then be reinvested to purchase more land to plant more trees, while 10 percent will be donated to various charities.

Technology offers renewed hope in the fight against deforestation

The world’s forests are disappearing at an alarming rate, threatening not just the survival of the plant and animal species that call them home, but also the livelihoods of billions of people who depend on forests for fresh water, food, income, and many other things. Furthermore, as forests play a key role in reducing the impacts of climate change by absorbing carbon dioxide emissions, their dwindling numbers could endanger the future of the entire planet as well.

There’s still hope, though. In recent years, technologies such as drones, artificial intelligence, and blockchain have emerged as a potential solution to this issue. From drones that autonomously plant seeds to AI systems that can detect sounds associated with illegal logging, technology has become an increasingly valuable tool in the fight against deforestation. While reforestation alone probably won’t be enough to reverse the effects of climate change, it may be worth pursuing as a complement to other strategies and could move us closer to reaching that goal.

October 18, 2021
How the second quantum revolution could offer solutions for societal challenges 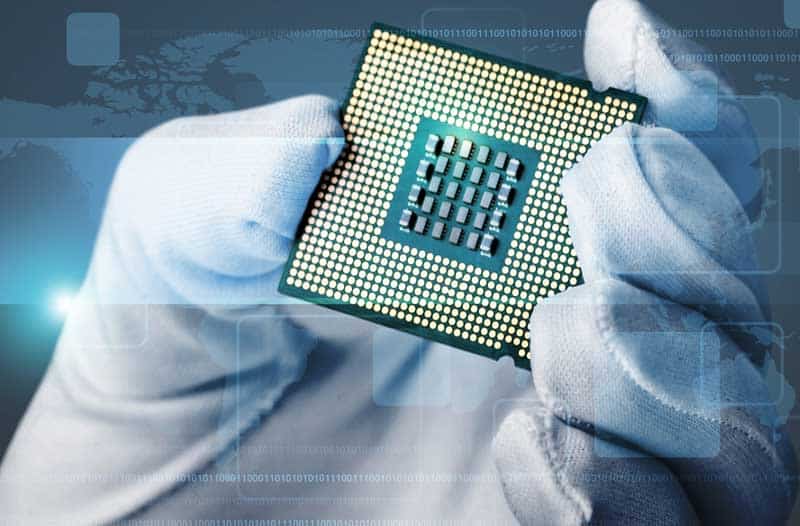 March 31, 2020
The race to build the most powerful AI chip gets underway