Shelf-scanners and robots that sew t-shirts – will retail soon be dominated by AI and robotics?

Artificial intelligence and robotics technology are transforming every part of the retail chain, from manufacturing to last-mile delivery.
Industries: Retail

The retail industry is in the midst of a major transformation fuelled by new technological advancements and evolving customer expectations. The rise of online shopping has dramatically changed what customers expect from a store, and many retailers are struggling to meet those expectations. As traditional retail techniques start to lose their power over customers, especially younger generations, retailers find themselves faced with a simple choice: adapt or risk going out of business.

In an attempt to differentiate themselves from their competitors and improve customer experience, retailers are increasingly turning to emerging technologies like artificial intelligence (AI) and robotics. According to a recent report published by Juniper Research, global retailer spending on AI is predicted to grow from $2 billion in 2018 to $7.3 billion in 2022. AI and robots have found a wide variety of applications in the retail industry in recent years, transforming every part of the retail chain in the process.

In 2018, Tommy Hilfiger joined forces with IBM and the Fashion Institute of Technology (FIT) on a pilot project called Reimagine Retail, which aimed to demonstrate how artificial intelligence can be used to help retailers better understand their customers, identify emerging trends, and enhance the creative design process. As a part of the project, FIT students were given access to IBM’s AI tools and used them to analyse 15,000 images of Tommy Hilfiger products, 600,000 runway images, and almost 100,000 patterns from fabric sites. This allowed them to obtain valuable insights about the colours, prints, and patterns that were popular with customers, which they then used to produce innovative designs, while making sure to incorporate Hilfiger’s recognisable style.

“The machine learning analysis gave us insights about the Tommy Hilfiger colors, silhouettes and prints that we couldn’t begin to consume or understand with the human mind. This enabled the FIT Fashion Design students to take their inspiration from Americana or popular fashion trends and marry that with the ‘DNA’, if you will, of the Tommy Hilfiger brand across those dimensions to create wholly new design concepts,” explains Michael Ferraro, the executive director of FIT’s Infor Design and Tech Lab. Using AI to guide the design process may lead some to suggest that human designers could soon become obsolete, but Ferraro doesn’t believe that to be the case. Rather than replacing them altogether, AI should be used to help designers do their job more efficiently by reducing lead times and giving them access to a wider selection of sources. While this was only a pilot project, it could be a sign of things to come, and it wouldn’t be at all surprising to see other companies follow suit and incorporate AI into their design processes as well.

Robots are taking over manufacturing

While several stages of the apparel manufacturing process have already been automated, that hasn’t been the case with stitching and sewing. Since fabric is flexible and tends to move while being manipulated, it’s difficult for a machine to complete the process without human help. However, that may be about to change. An Atlanta-based company called SoftWear Automation has developed a fully automated robotic system capable of manufacturing a piece of clothing on its own in just four minutes. The Sewbot, as the machine is called, uses cameras to map the fabric, while robotic hands guide it through the sewing needles.

SoftWear Automation recently signed a contract with Tianyuan Garments, a Chinese company that produces t-shirts for Adidas, Reebok, and Armani, to install the system in a newly acquired plant in Little Rock, Arkansas. “From fabric cutting and sewing to finished product, it takes roughly four minutes,” says Tang Xinhong, the chairman of Tianyuan Garments. “We will install 21 production lines. When fully operational, the system will make one T-shirt every 22 seconds. We will produce 800,000 T-shirts a day for Adidas.” According to the company, automating the manufacturing process will bring down the personnel cost for each t-shirt to approximately 33 cents, which even the cheapest labour market in the world won’t be able to match. At this point, the robot can only produce t-shirts, but SoftWear Automation hopes to be able to expand to other products in the near future.

The German sportswear giant Adidas is also experimenting with automating its manufacturing process. Typically, the production and distribution cycle for a pair of sneakers takes around four months to complete; two months to manufacture the component pieces and assemble them, and then another two months to transport the finished product from the factory to the store. However, Adidas has found a way to cut this cycle to just 20 days by delegating manufacturing duties to robots. The company recently opened a new automated shoe factory called Speedfactory in Atlanta. Rather than being stitched and glued together manually, shoes made at this factory are assembled by robots using the fusion technique.

In addition to accelerating the manufacturing process and reducing the time to market, the Speedfactory allows Adidas to lower costs by placing manufacturing, assembly, and sales in the same geographic area, which eliminates the need for transporting the shoes from a factory in Asia to the target market. Adidas has opened two Speedfactories so far; one in Atlanta and one in Ansbach, Germany. The plan is to have these two factories produce one million pairs of shoes each by 2020. While this number will account for only a tiny fraction of the company’s annual shoe production, which reached 409 million in 2018, it could indicate a shift away from the decentralised model of production the industry currently relies on.

Keeping track of which items are on the shelves and identifying those that need restocking is one of the most challenging and time-consuming tasks in the retail industry. Thankfully, robotic technology can also be used to help retailers manage their inventory. In 2017, Walmart announced the deployment of shelf-scanning robots in 50 of its stores across the US. Developed by the California-based company Bossa Nova Robotics, the 0.61-metre-tall robots are equipped with cameras that allow them to scan shelves and identify items that are missing, misplaced, mislabeled, or incorrectly priced. The information is then passed on to human employees, who manually restock the shelves and correct any other mistakes that were identified. According to the company, the robots are more accurate, three times faster, and 50 per cent more productive than human employees, who only have time to check shelves two times per week. However, these robots aren’t meant to replace humans altogether, but rather to help them do their jobs more efficiently, with Walmart claiming that the employee headcount in its stores will remain unchanged. Following a successful trial period, the company recently revealed it would expand the number of shelf-scanning robots in its stores by another 300.

However, it’s not enough just that the shelves are kept stocked; they also need to be stocked with items people want to buy. The world’s largest sportswear manufacturer Nike recently acquired the Boston-based artificial intelligence startup Celect, which developed a cloud-based analytics platform that allows the company to predict which styles of sneakers and apparel will be in demand, as well as when and where consumers will want to buy them. This will enable Nike to better manage its inventory, reduce out-of-stock rates, and keep items people aren’t buying away from the shelves. “With the acquisition of Celect, Nike greatly accelerates our digital advantage by adding a platform developed by world-class data scientists,” says Nike’s chief operating officer, Eric Sprunk. “As demand for our product grows, we must be insight-driven, data optimized and hyper-focused on consumer behavior. This is how we serve consumers more personally at scale.”

Today’s consumers want to be able to track their shipments every step of the way, from the moment they leave the warehouse up to the moment they appear on their doorstep. UPS has developed an AI-powered chatbot that allows customers to find the nearest UPS locations, inquire about shipping rates, and track their shipments. Designed to mimic human conversation, the UPS Bot can recognise various requests delivered via text or voice commands and respond to them by taking appropriate action. Customers can communicate with the bot through mobile devices, social media channels, or virtual assistants like Amazon’s Alexa and the Google Assistant.

UPS also developed a highly sophisticated AI platform called ORION (On-road Integrated Optimization and Navigation), which uses advanced deep learning algorithms to plan and optimise routes for the company’s delivery drivers. Using the data provided by customers, drivers, and vehicles, the platform can alter routes in real time to account for changing weather conditions and traffic accidents. This will allow UPS to cut millions of kilometres off its delivery routes, significantly reducing its fuel and labour costs, as well as its environmental footprint.

Last-mile delivery remains one of the retail industry’s biggest issues, and even the largest companies often struggle to provide a satisfying delivery experience to their customers. Robotics technology could potentially change that. In January 2019, Amazon announced the launch of a new delivery robot called Scout. Approximately the size of a beach cooler, the six-wheel robot moves at walking speed and can navigate safely around anything that comes in its way. Following a short trial period in Snohomish County, Washington, Amazon recently started using Scout robots to deliver packages to customers in Irvine, California, as well. While they’re designed to complete the delivery autonomously, each robot will be accompanied by an Amazon Scout Ambassador for the time being, who will answer any questions customers might have about the technology and make a note of how they respond to the robot.

The growing role of AI and robotics in the retail industry

The retail landscape is changing at a rapid pace. The recent rise of online commerce, which offered customers unprecedented speed and convenience, has had a tremendous impact on their expectations. As a result, retailers have been forced to drastically alter their strategies by adopting emerging technologies like artificial intelligence and robotics. Whether they’re used to enhance the design process, manufacture t-shirts and shoes, manage inventory, anticipate future demand, track and deliver shipments, or optimise delivery routes, artificial intelligence and robotics are set to play an even more prominent role in the retail sector over the coming years, revolutionising every part of the retail chain in the process, from manufacturing to last-mile delivery.

November 13, 2019
The fashion industry is leading the fight against facial recognition technology 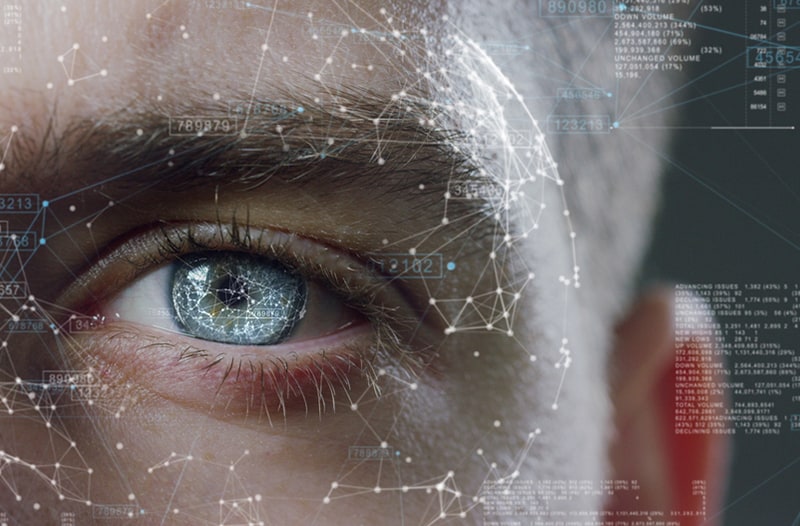