It’s often said that the education system is the backbone of every progressive nation. However, an education system can only be as good as its teachers, and they seem to be in increasingly short supply. According to the UNESCO Institute for Statistics (UIS), there are currently about 263 million children and youth out of school worldwide. Furthermore, the UIS estimates that 25 million children of primary school age will never set foot in a classroom, while only 14 per cent of youth in low-income countries complete secondary education.

To provide every child in the world with primary and secondary education, the UIS predicts that countries will have to recruit 68.8 million teachers by 2030 – 24.4 million primary school teachers and 44.4 million secondary school teachers. However, that may be easier said than done. Long hours, poor pay, and high stress levels are increasingly driving people away from the teaching profession, and that’s unlikely to change until those conditions improve. In the United States, for example, teacher education enrollment dropped by 23 per cent between the 2007-08 and 2015-16 academic years. Furthermore, around 40 per cent of those who major in education either leave the profession within the first four years or never start teaching in the first place. Overall, the UIS estimates that approximately 21 million teachers are going to leave the profession by 2030, exacerbating the situation even further. As usual, technology may offer a solution.

A robot recently taught a university course for the first time

Developed in cooperation between Hanson Robotics and Martine Rothblatt’s Terasem Movement in 2010, Bina48 is a humanoid robot capable of holding conversations with humans. It was modelled after Rothblatt’s real-life wife Bina and consists of a head and shoulders supported by a frame. Its appearance isn’t the only thing it got from Bina, though. The developers also spent more than 100 hours compiling Bina’s actual memories, feelings, and beliefs into a computer database that enables the robot to interact with humans and express opinions. And Bina48 has been quite busy since it first saw the light of day. After doing an interview with The New York Times, appearing on the National Geographic channel and in numerous TV shows around the world, and becoming the first robot in the world to pass a college course, Bina48 recently completed another major milestone: giving a lecture at a university. Joined by professor William Barry and assistant professor Maj. Scott Parsons, Bina48 co-taught two sessions of an introduction to ethics philosophy course to nearly 100 students at the prestigious U.S. Military Academy at West Point, becoming the first robot in the world to do so.

The lecture covered a variety of topics, ranging from ethical reasoning and the use of artificial intelligence in society to just-war theory. According to Barry, who has been working with Bina48 for several years already, the main goal of this experiment was to determine whether AI could support “a liberal education model” and “teaching in the classroom, where it enhances students’ comprehension and holds interest”. Prior to the class, the researchers supplied Bina48 with large datasets that included Barry’s lesson plan and information about topics such as war theory and political philosophy, as well as some general knowledge. This allowed it to not only deliver a lecture, but also answer students’ questions. Interestingly, the robot was instructed not to connect to the internet when doing so and to rely only on the information provided by the researchers. “We asked not to hook her on the internet … because she can easily run to Wikipedia or the Stanford Encyclopedia of Philosophy. We want to run her just on the algorithm,” explains Barry.

Despite some initial scepticism, students were fairly impressed with Bina48, and the prospects for robots in education look promising. “Before the class, they thought it might be too gimmicky or be entertainment. … They were blown away because she was able to answer questions and reply with nuance. The interesting part was that [the cadets] were taking notes,” adds Barry. However, as successful as the experiment was, it’s unlikely that Bina48 will ever become a fully tenured professor, at least not in a university setting. It had some trouble keeping up with the class and was slow to respond to students’ questions. That’s why futuristic humanoid robots like Bina48 would probably be a much better fit for countries with low literacy rates.

While it may still be too early for robot teachers, that doesn’t have to be the case for digital ones. New Zealand recently became the first country in the world to introduce a digital teacher into its primary school classrooms. Developed in collaboration between the Auckland energy company Vector and the country’s leading AI company Soul Machines, Will is an AI avatar that teaches children about the benefits of renewable energy. The avatar was created as a part of Vector’s ‘Be Sustainable with Energy’ education programme, which the company offers for free to primary schools in Auckland that are within its electricity network. Will can interact with students through their desktops, laptops, or mobile devices, and teach them about solar panels, wind turbines, and other forms of renewable energy, ask them questions to check what they’ve learned, and respond to their answers. It can even react to their body language.

According to the company, new and emerging technologies such as artificial intelligence will allow them to have better conversations about renewable energy with customers, both now and in the future. “Our work with Soul Machines is a very effective user case as an education tool for kids around renewable energy and creating a new energy future,” says Nikhil Ravishankar, Vector’s chief digital officer. And children seemed very impressed with Will. When asked later what they thought about it, they said that the interaction felt more human than with other AI systems, such as Siri. “What was fascinating to me was the reaction of the children to Will. The way they look at the world is so creative and different, and Will really captured their attention,” adds Ravishankar. “Using a digital human is a very compelling method to deliver new information to people, and I have a lot of hope in this technology as a means to deliver cost-effective, rich, educational experiences into the future.”

Will was built using the Artificial Nervous System developed by Soul Machines, an autonomous animation platform modelled after the actual workings of the human brain and nervous system, which allows the avatar to behave in a very human-like fashion and sets it apart from other similar creations. Will uses a webcam and microphone to detect a student’s emotions and respond to them appropriately. In case Will isn’t your cup of tea, don’t worry, there are fifteen different digital humans to choose from, each modelled on a different real-life person. Even the languages and accents are customisable.

According to Greg Cross, Soul Machines’ chief business officer, this type of technology could brighten the future of education, helping us address the growing teacher shortages around the world and deliver education to students in remote communities. “It’s well-documented there [is] a shortage of STEM teachers in high schools today. The concept of being able to use digital teachers to provide access to teaching and access to education to kids and communities which might not have access to real teachers we see as being a hugely important role these digital humans could play,” says Cross.

But robots and AI avatars may not be the only way to address this growing shortage of teachers. During a recent ‘women in tech’ event held in London, the Imperial College London announced plans to introduce holographic professors to its Business School classrooms and has demonstrated how the technology would work by having speakers from New York and Los Angeles appear on stage and talk to the audience. Using a camera link, the holograms were able to interact with students in real time and respond to their questions.

“Introducing hologram technology to the classroom will break down the limitations of traditional teaching by creating an interactive experience that benefits both students and academics,” says Dr David Lefevre, the director of the Edtech Lab at Imperial College Business School. “Rather than replacing or reducing real-life lectures, the hologram technology will provide greater flexibility for academics by enabling them to continue teaching whilst travelling, ensuring consistency and quality for students.”

The hologram technology was developed by a Canadian company called Arht Media and it works by projecting a live image onto a glass screen. A backdrop is then used to create the illusion of depth, while a high-definition monitor allows lecturers to interact with their audience and make eye contact. Thanks to this technology, the university will be able to host lectures in multiple classes and locations at the same time and give their students the opportunity to listen and talk to international experts without having to fly them to the UK.

Although robots have been around for quite some time and are becoming increasingly common in many different aspects of our lives, there’s still a lot of scepticism surrounding the technology, particularly when it comes to its use in schools. A 2012 European survey of public attitudes towards robots, which encompassed 27,000 people, reveals that 34 per cent of the respondents believe that robots should be banned from the field of education, while 60 per cent believe they should be banned from the care of children, the elderly, or the disabled. A mere 3 per cent approved of the use of robots in education. Teachers are also unlikely to welcome robots in their classrooms, at least initially, because they might fear they’ll be replaced.

However, most experts agree that the teaching profession should be relatively safe from automation. The role of the teacher is incredibly complex. It requires them to apply a different approach to every child and show a great deal of empathy and compassion in dealing with them. At this moment, there’s no robot in existence that could do everything a human teacher does, and there may never be. “I do not believe that any robot can fulfill the wide range of tasks that a human teacher completes on a daily basis, nor do I believe that any robot will develop the vast repertoire of skills and abilities that a human teacher possesses,” says Rose Luckin, a professor at the University College London Knowledge Lab.

Whether they end up replacing human teachers entirely or simply supplementing their role, robots are expected to become an increasingly common sight in classroom around the world. Fuelled by a growing demand for teachers and technological advancements in the field of robotics, the global educational robot market is predicted to grow from $778.6 million in 2018 to $1.68 billion in 2023.

The world is facing a growing shortage of teachers and if we want to ensure that every child gets the education they deserve, we need to find a way to address this problem as soon as possible. Robotic technology, artificial intelligence, and holograms offer a potential solution but they may not be advanced enough at this time for anything more than a complimentary role. However, as these technologies develop further, they’re set to take on an increasingly prominent role in our education systems. While they may never fully replace human teachers, they can certainly make their jobs easier and alleviate some of the burden that’s been driving people away from this profession. In fact, it may be the only way for our society to reach its goal of providing quality education to everyone. 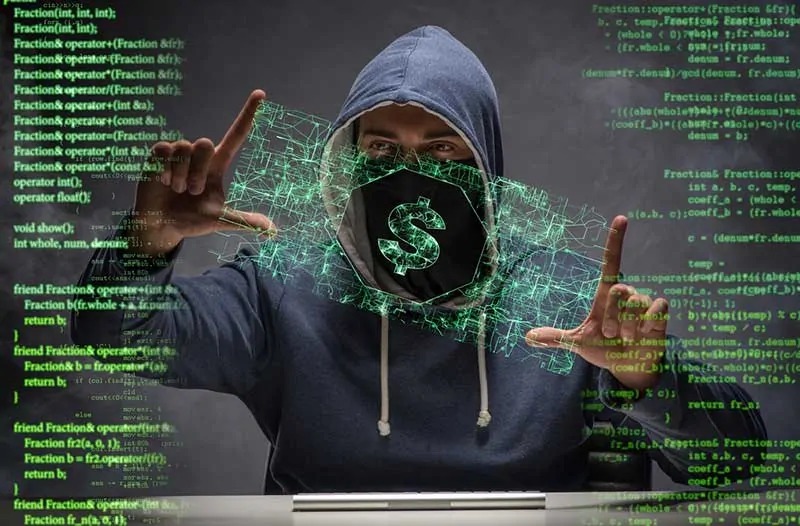